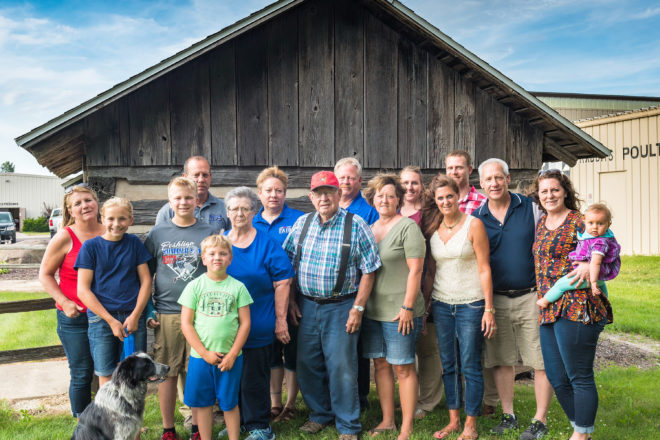 In 1871 – just a decade after Door County was officially organized – the first county fair was held, which meant area farmers had become established enough on the peninsula to want to participate in livestock judging and other displays of agricultural prowess, techniques and technology.

Farming has always been the core of county fairs. Carnival rides, funnel cakes and midway attractions came later as ways to attract those not involved in the agricultural industry to the fair. 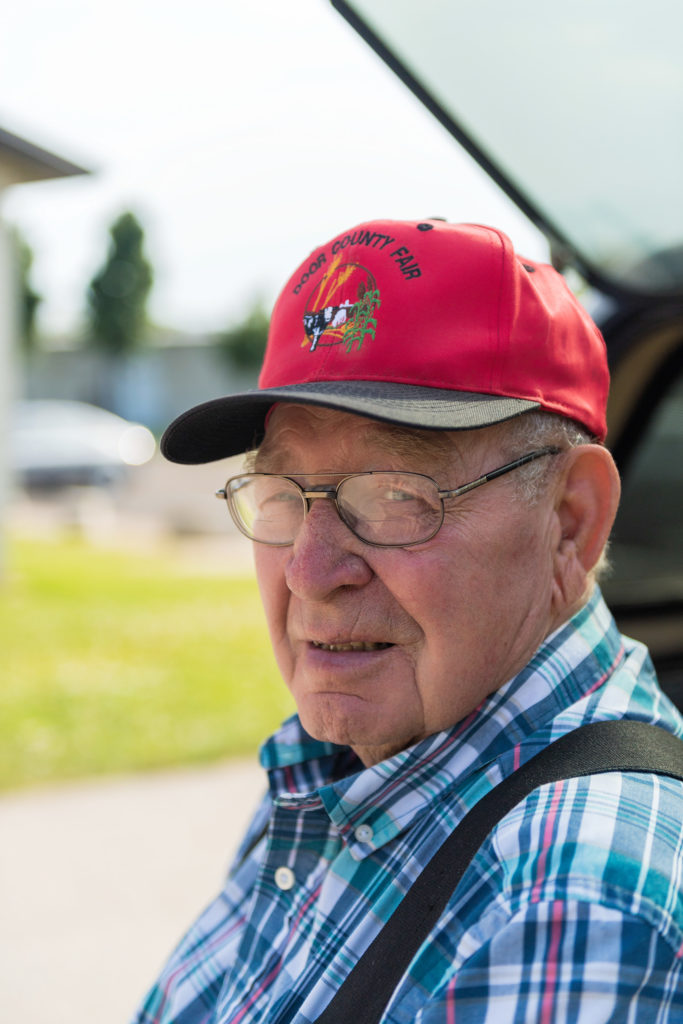 “I think I had to be in my teens before I really realized there were rides down there. We spent all our time with the animals. That was our 24/7,” said Thad Ash, vice president of the Door County Fair Board and member of a family with deep roots in the fair.

Thad had previously served as president of the board, a role he assumed when his father, Jim Ash, retired as board president in 2009 after serving in that role for 27 fairs.

“I started out when I was 10 years old there exhibiting, and worked my way up the line,” 79-year-old Jim said. “I used to be down there from 6:30 in the morning until midnight. By the end of the fair, you were beat. It takes you two days to recover. I still come down there, make remarks and leave real quick.”

“He doesn’t feel the pressure to stay anymore,” said Tom, Jim’s youngest son who now serves as fair board president. Tom doesn’t even have an earliest memory of the fair because, he jokes, “I was born at the fair.”

Middle son Tim Ash also serves on the board. “Long as I can remember, you were always the fair vice president,” Tim said to his dad.

And daughter Thea drives up from her home in Cambellsport to work in the fair office during the annual five-day event.

“It’s just a family tradition that carries on,” Tom said.

And carry on it does. Tom is proud that his children, Frankie, 13, and Libby, 11, are deeply involved in exhibiting, while the youngest, Jon, “6 going on 26,” Grandpa Jim said of him, is looking forward to being old enough to handle animals for exhibition.

“My daughter this year entered 30 different classes between crafts and horse classes and beef classes,” he said.

He also mentions that his wife, Amy, was not a fair person when they met. Today she is a 4-H leader.

“Mom [Karen] still takes sewing projects to enter in the fair,” Tom adds, and then asks his mother if she still enters the baking competitions. 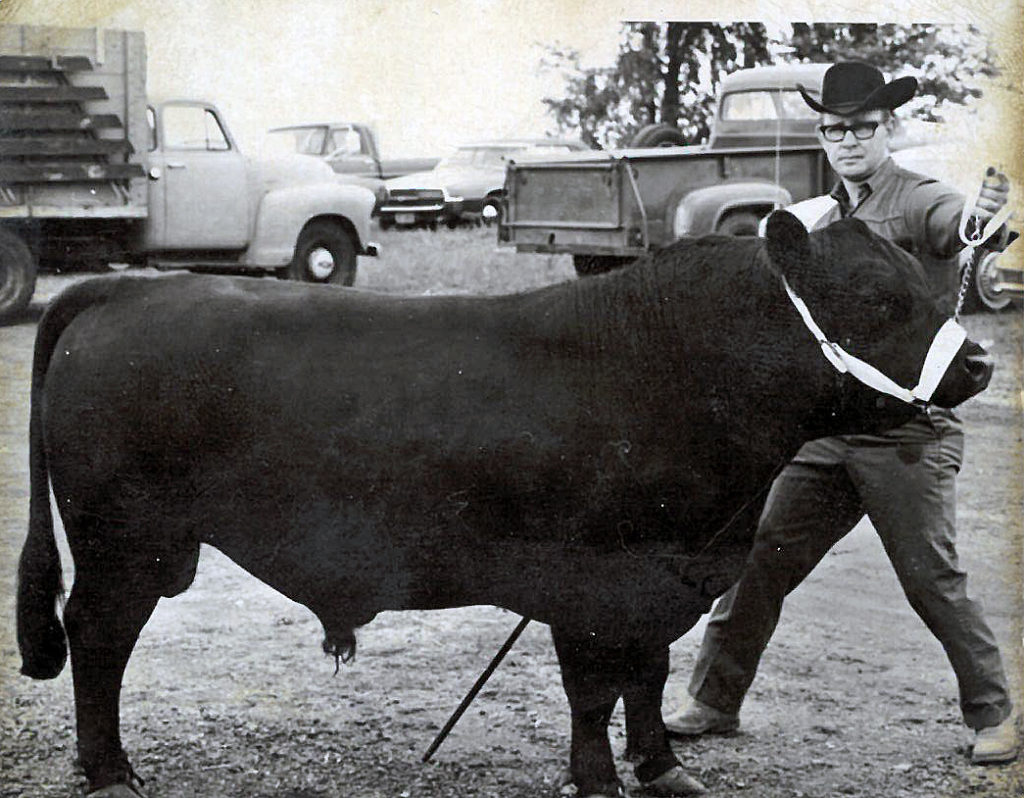 “All the baking she does now feeds the crew,” Jim answers.

“His mother would bring us chicken dinner and sandwiches,” Tom said, referring to his grandmother. “Still today we have a chicken dinner or some meal just to get away a little bit.”

They know plenty of other people who have had long relationships with the fair. Tom mentions fair board member John White, which prompts an exclamation from Jim, who recalls chasing young John off the grounds when he came with a motorcycle to spin in the gravel. They mention the Birdsall family and Fr. Tony, who remains involved in exhibitions.

With the family so committed to the fair, they have been concerned by the smaller numbers that attend every year.

“The families just aren’t as big as they used to be and there aren’t as many dairy farmers,” Jim said.

Tom said in the past the county would give a set dollar amount to the fair board, “and we had to have our necks out to break even. Our goal is to break even. We never set out to make money. This year’s county budget financed the fair, which allowed us to bring gate prices down to $5 a day to get in and $15 for a booster button to attend the entire fair. With the county taking more interest in making the fair last until it gets to be 150 years old or older, that gives us more flexibility and it’s a little more stress-free for us.”

Income for the fair board is limited to the admission price to enter the grounds.

“A lot of people don’t understand, when you get on the grounds, that gate fee is all that supports that fair,” Tom said. “Spend your money inside and that goes to the nonprofits, – the Lions, Amvets, etc. They don’t have to promote the fair. They just show up and start selling.”

Which reminds Jim that back in the day, folks would be hard-pressed to find a church service on the Sunday of the fair.

“On Sunday morning all the churches were down here,” Jim said. “Every church had a stand down here.”

Tom also recognizes that the fair has to reach a balance for the various groups it draws. He knows some people just want to go on the rides, some just want to drink beer and catch the entertainment and others are there to see the animals and exhibits.

“It’s always a fine line to balance things and appeal to all of those markets,” he said, adding, “We’re always working on trying to find attractions for next year’s fair.” 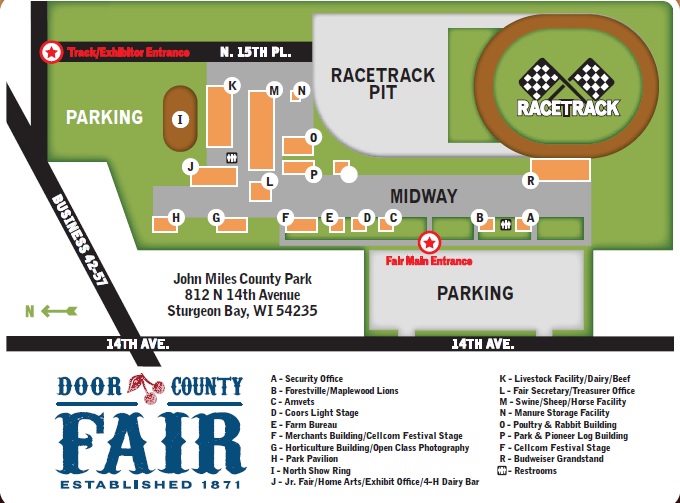