Nearly $50 million is earmarked this year to keep Asian carp out of the Great Lakes, according the 2018 action plan just released by the Asian Carp Regional Coordinating Committee (ACRCC). The Great Lakes Restoration Initiative is providing $21 million of the funding.

The ACRCC has been coming up with action plans to control the spread of Asian carp since 2010. One of the 2018 goals is, according to the executive summary, “to more aggressively address the potential threat of fish movement upstream towards the Great Lakes.”

The ACRCC has also been behind Asian carp harvesting and has set a goal of removing 15 million pounds of carp by 2022. In 2018, the directed use of contract commercial fishing will be increased to achieve even greater annual harvest of adult in Asian carp in key locations in the upper Illinois River.

The following are summaries of the prevention actions and control measures that will be undertaken in 2018. 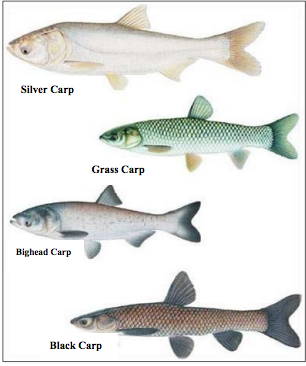 The ACRCC members are 27 state, federal and Canadian agencies, including the Wisconsin Department of Natural Resources.