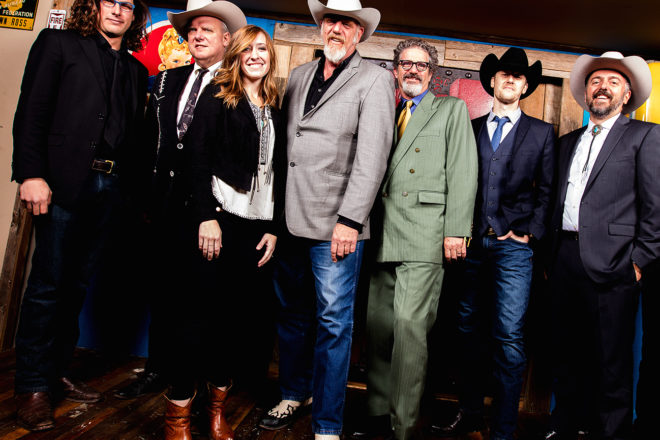 Asleep at the Wheel at the Dosey Doe 2016. Submitted.

On June 26 at 8 pm, pioneering Western swing band Asleep at the Wheel will join rockabilly honky-tonker Dale Watson for a rollicking double-bill at Door Community Auditorium (DCA) in Fish Creek.

Ray Benson founded Western swing band Asleep at the Wheel in West Virginia more than 40 years ago. Now an eight-piece band based in Austin, Asleep at the Wheel has accumulated nine Grammy awards, 20 studio albums, and 20 singles on the Billboard country charts—all told, they’ve sold 1.5 million records. Asleep at the Wheel is bringing a fresh look and sound into 2016, with recent additions Katie Shore (fiddle), Dennis Ludiker (fiddle, mandolin), and Connor Forsyth (keyboard) bringing a newfound energy to the band. 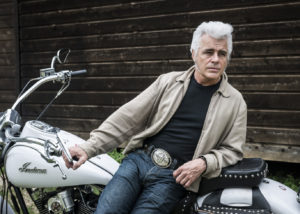 Asleep at the Wheel will be joined at DCA by honky-tonker and fellow Texan Dale Watson. Earlier this year, Watson and Benson teamed up to record Dale and Ray, a duets album that celebrates two of country music’s biggest mavericks. Performing together, Asleep at the Wheel and Dale Watson are captivating, paying tribute to the boisterous juke joints that introduced them to audiences—and each other—in the first place.

Tickets range from $29 to $49. Advance reservations are recommended and can be made through the DCA box office, located at 3926 Highway 42 in Fish Creek. Tickets can also be purchased by phone (920.868.2728) or online at dcauditorium.org.