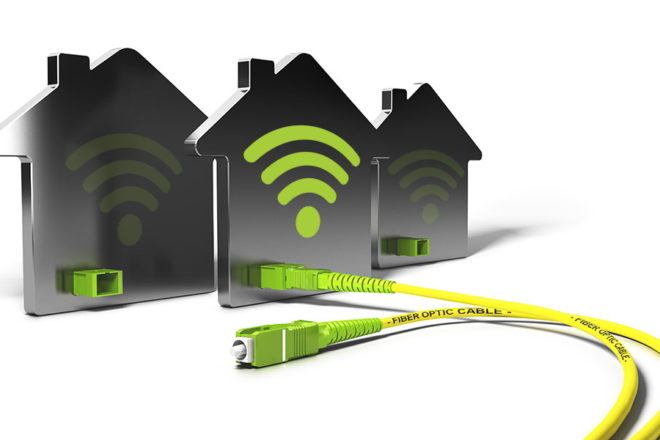 A recently completed assessment of the state of broadband in Door County led to four primary conclusions, and none that would come as a surprise to those who live, work or spend time here.

The assessment goes beyond stating the obvious, however. It provides a comprehensive look at what is currently available, where and at what capacity, and who owns the infrastructure. It also identifies voids and deficiencies in service and provides options for short- and long-term solutions, with possible financing plans and strategies.

“The amount of money that’s flowing is ungodly, and it’s coming constantly from different sources,” he said. “Now we have a game plan. We have direction. Let’s get on with it.”

Among the four main findings from broadband-infrastructure engineering-assessment consultants Finley Engineering and CCG Consulting is, first, that there’s almost no broadband competition. Those residents and businesses that have service are often subscribing to their only choice.

Second, the lack of access is affecting economic prosperity for those who live in Door County’s rural areas. This shows up in the form of businesses that don’t have good enough broadband to support even basic business needs, lodging establishments that don’t have the broadband that guests expect, and people who can’t participate in the work-at-home economy, “which is one of the fastest areas of economic growth in many rural economies.”

Third, those rural places where accessibility gaps exist are defined by areas that don’t have Charter/Spectrum service – and Charter/Spectrum serves only the City of Sturgeon Bay and some areas in Jacksonport, Egg Harbor, Fish Creek, Ephraim, Sister Bay and Ellison Bay. Even those customers have service only as defined by the Federal Communications Commission’s (FCC) definition of broadband of 25 Mbps (megabytes per second) download and 3 Mbps upload.

“The FCC needs to change the definition because too many people get hung up on the 25/3, and that’s not sufficient anymore,” Jenkins said.

Outside those areas not considered “rural,” broadband “can best be described as dismal,” according to the report. There are eight ISPs (internet service providers) currently serving the peninsula, and for every ISP other than Charter/Spectrum, the report showed average broadband speeds of 6/2 Mbps.

This is not a well-known condition outside of those who subscribe to services they’re not receiving. The research showed that most of the ISPs serving Door County are misrepresenting the broadband they’re providing. This makes it difficult for local communities to receive the grant money that’s needed for significant upgrades.

“The FCC believes that almost everybody in the county has access to 25/3 Mbps broadband,” the report said. “We find it likely that almost nobody outside of the towns [served by Charter/Spectrum] can get broadband at that speed.”

The fourth significant finding is that as weak as the service is to begin with, it slows to a crawl during the height of the tourist season, when visitors and seasonal residents are also using bandwidth.

“During the tourist season, businesses could not process credit cards because the bandwidth was gone – being sucked up – and they pointed out that credit-card processing takes just a miniscule amount of bandwidth,” Jenkins said. “So if you can’t process it, that means you’ve got a serious problem. They [the consultants] said they’ve worked all over the country and never seen anything like that.”

Vast areas of the peninsula are then unavailable to those who want to live, visit, work or do business here and need to have broadband to do that.

“The county is a story of broadband haves and have-nots,” the report concluded. “There is almost nobody in the middle.”

Solutions and Next Steps

Having laid out the challenges and deficiencies, the report proposes solutions. Wireless services such as cellular or Door County Broadband have a role to play as stop-gap measures where no other options are financially feasible. But those technologies, due to the county’s terrain and heavy foliage, make it nearly impossible to deliver a high-quality wireless connection for all.

“If we really want to solve the problem, it has to be fiber,” Jenkins said.

Door County has an advantage in that the “middle mile” already exists: the fiber that carries the data and that customers draw from. This 96-string fiber backbone, owned by NSight, runs up Highway 42 all the way to Washington Island.

“You take exits off of that to provide for the ISPs to serve the community and counties,” Jenkins said. “What we have to worry about is how do we piece together a network throughout the county that’s integrated and not fragmented. Let’s look at this comprehensively rather than a piece here or a piece over there.”

The report designed a network consisting of 25 neighborhood cabinets that are interconnected in a mesh to provide redundancy. Finley determined that 1,574 miles of fiber would be needed to serve the whole county with this network, with 1,092 miles needed to serve the rural parts of the county. The cost of the assets would be more than $130 million, with the costs for the rural areas at more than $76 million.

Grants would be necessary, and “we may be entering a time when grants of that magnitude might become available,” the report said. “The largest source of major grant funding on the horizon is the infrastructure bill proposed by Congress.”

First steps include getting stakeholders on the same page and looking at other collaborations formed in places such as the Upper Peninsula of Michigan, talking with ISPs and then hiring someone who would be dedicated to tackling the work and spearheading the effort.

The timeline moving forward is to present the assessment report to elected officials in January, followed by a presentation for the public. DCEDC would then like to get a coordinator in place within the first quarter of 2022, though the specifics of where the employee would be housed and paid for are being worked out.