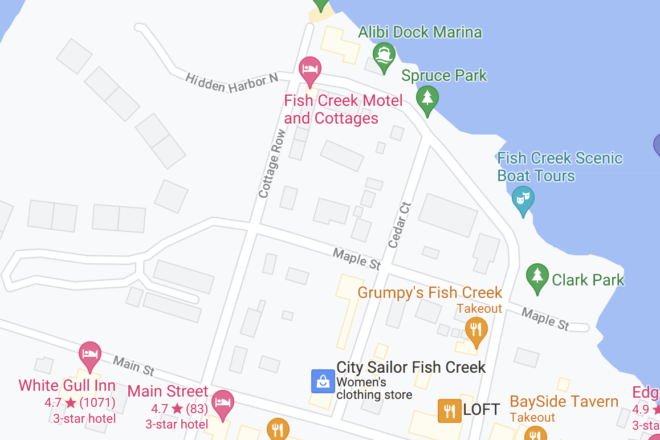 Fish Creek’s old downtown is next up for new sidewalks, street lighting and roadway improvements.

After receiving substantial backlash from residents during a February meeting, the Gibraltar Town Board decided to postpone finalizing the special assessments it plans to use to pay for the Highway 42 streetscape project until it had hired an administrator.

Now that Travis Thyssen is in place as administrator, he’s picking up the project and aims to have a policy for the town board to review in August. Thyssen said that would put the town on pace to clarify and enact the policy during its September meeting.

The preliminary assessment roll released in the fall of 2020 would cost dozens of property owners $5,000-$25,000, and some more than $100,000. The assessments will be used to pay for sidewalks and street-lighting enhancements completed in 2019.

Creating a consistent assessment policy is particularly important as the town embarks on the next phase of improvements downtown. In May, the board directed staff to begin master planning for the old downtown area from Founders’ Square to the Alibi Marina.

“By fall, I’m planning to have the project design 30-40% complete, then begin public-information meetings and gather input on the project,” Thyssen said.

If his timeline stays on track, he said the town should be able to finalize a plan in January and put out bids for some of the work by the spring of 2022.

Town Chair Steve Sohns said in February that the town plans to pay for those improvements through special assessments as well. During the February meeting, multiple property owners who were part of the first phase of reconstruction asked for assurance that whatever assessment formula was used for that portion will be used for future projects.