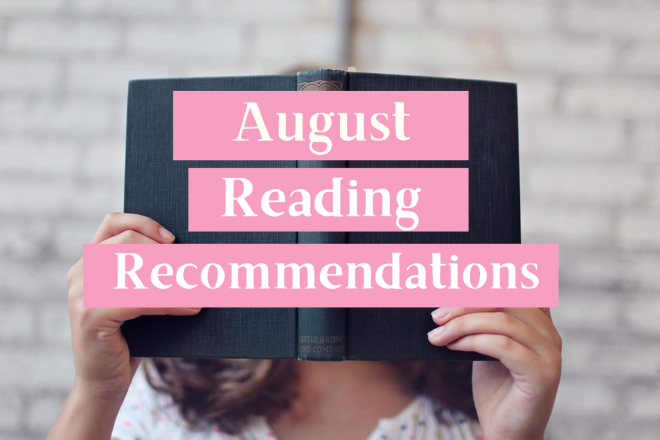 Looking for something new to read this month? Maybe you’ll find the perfect choice among these recommendations.

Margaret Atwood’s MaddAddam trilogy is a dark, fascinating story set in what could be the not-too-distant future. Bioengineers are manipulating the natural world in the name of progress, and corrupt governments and corporations are exploiting humanity’s worst tendencies to gain profit and power. There are extreme social inequalities and competition over dwindling resources.

The story’s apocalyptic and chaotic world might have seemed implausible when it was first published more than 15 years ago, but with the worldwide spread of COVID-19, climate change and the growing distrust of governments, scientists and corporations, the future described in the trilogy feels alarmingly possible today.

Best when read back to back, the books flow together like one long novel that is hard to put aside. Atwood’s carefully crafted stories with plausible science and the flawed, relatable characters in this trilogy will haunt your thoughts and dreams long after you turn the last page.

The Only Woman in the Room by Marie Benedict
Recommended by Holly Somerhalder, branch manager, Fish Creek Library

Beautiful Hedy Kiesler was lucky because her beauty led to a starring role in a controversial film and marriage to a very wealthy and powerful man, and it allowed her to evade Nazi persecution despite her Jewish heritage. But at a dinner party in her home, she learned of the Third Reich’s plans. She escaped her controlling husband and made her way to Hollywood.

Seven Days in June is a terrifically satisfying romance novel that buzzes with energy. It’s an uplifting, realistic story with complex characters who are broken, hopeful, sexy, compelling and so easy to fall in love with. Entwined in this tale of passion and romance, Williams touches on several topics that are typically taboo in popular literature: addiction, racial bias and invisible disabilities, which add to the story’s authenticity.

The desire between Eva and Shane is strong from the first introduction through to the flashbacks of their youth. This book is a steamy read that will leave you wanting to turn page after page to live just a little bit longer in their story.

One of my favorite parts of the day is watching kids find books they love, and this series has been getting a lot of attention from parents and girls.

Join twins Mia and Maddie and their sidekick little sister, LuLu, as they travel the country finding adventure, mystery, family fun and sometimes mischief. Together with their famous mother, singer Gloria Glimmer; and their slightly wacky nanny, Miss Twist, the sisters learn lessons about being good friends, telling the truth and a whole lot more. Readers can take a mini-vacation without leaving town.Currently there are four books in the series – A Dolphin Wish, London Art Chase, Light up New York and Miracle in Music City – which is an easy and fun read for ages 8-12.

If you’re into action-packed, thought-provoking and anxiety-inducing science fiction, I highly recommend picking this one up.

“Are you happy with your life?” are the last words Jason Dessen hears before a masked abductor knocks him unconscious. When he wakes up, Jason’s life is not the one he knows. His wife is not his wife. His son was never born. And Jason is not an ordinary college physics professor, but a celebrated genius who has achieved something remarkable. Something impossible.

Using the concept of a multiverse as the backdrop, Crouch explores the themes of family, identity and the uniqueness and value of each life. As Jason tries to find his way home, he is forced to confront all of his life decisions and how they have made him the person he is. The writing is great, and it mimics the emotions and chaos of each scene. The last half is a wild ride you won’t want to get off.