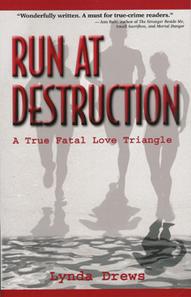 Tuesday, July 21 at 7 pm Lynda Drews, author of Run at Destruction: A True Fatal Love Triangle will be giving a presentation and signing copies of her new book at The Peninsula Bookman in Fish Creek.

Run at Destruction is the account of a true story of a tragic love triangle that ends with the death of Pam Bulik. The story unfolds within a community of long-distance runners in Green Bay at the beginning of the ‘80s jogging boom. Bulik’s husband Bob becomes involved in an extramarital affair, and shortly thereafter, she is found dead. Was the death an accident, a suicide, a negligent homicide, or a premeditated murder? Run at Destruction covers the details of the crime, the police investigation, and the courtroom drama as the case unfolds.

Originally set to release in August, pre-release copies of Run at Destruction will be available at the event. Meet author Lynda Drews as she reads from her work, called by Ann Rule “A must for true-crime readers,” at The Peninsula Bookman on Tuesday, July 21 at 7 pm.

For more information call The Peninsula Bookman at 920.868.1467 or go to http://www.doorcountybookstore.com.