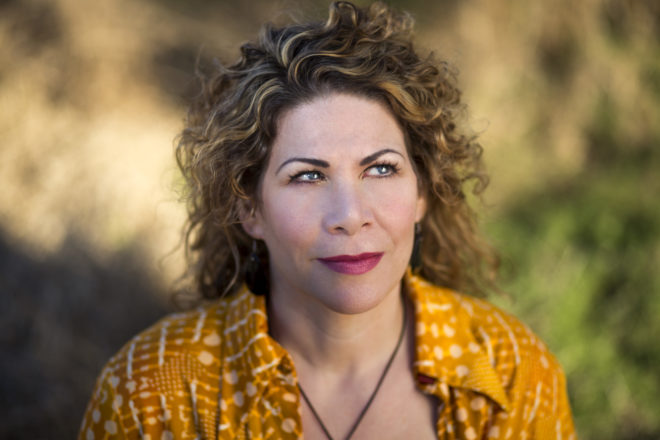 Fresh from touring in Spain and singing in castles by the sea, Dayna Kurtz comes to Lost Moth Gallery Aug. 9 with her spellbinding songs and mesmerizing voice.

Over the past decade, Kurtz has been bestowed with many awards and praises, including being named the Female Songwriter of the Year by the National Academy of Songwriters. Norah Jones and Bonnie Raitt have raved about her in interviews, and she’s performed on such high-profile radio shows as World Cafe, Mountain Stage, Morning Edition and Tell Me More. She’s toured and opened for the likes of Elvis Costello, Richard Thompson, Mavis Staples, Rufus Wainwright, B.B. King, Richie Havens and more.

Dayna’s new disc, Here, Vol. 1, released this year, is a live record with career-spanning tracks, culled from her 2016 Dutch theater tour with guitarist Robert Mache. It manages to capture the heart-stopping, edge-of-your-seat mesmerized silence that Kurtz draws from her audiences.

Kurtz comes to Lost Moth Gallery with Mache. She said of him, “I’ve loved Robert’s playing for such a long time, and we’ve been friends longer than we’ve been touring partners – he was one of the first musicians to befriend me in New Orleans.”

Lost Moth is a lovely, cozy concert venue seating only 25. Coffee, tea and cookies will be provided. Doors open at 6 pm and the shows starts at 7 pm with the Small Forest Girls. Tickets are $20 cash at the door. Lost Moth Gallery is located at 7975 Hwy 42 in Egg Harbor. Call 920.495.2928 for reservations.