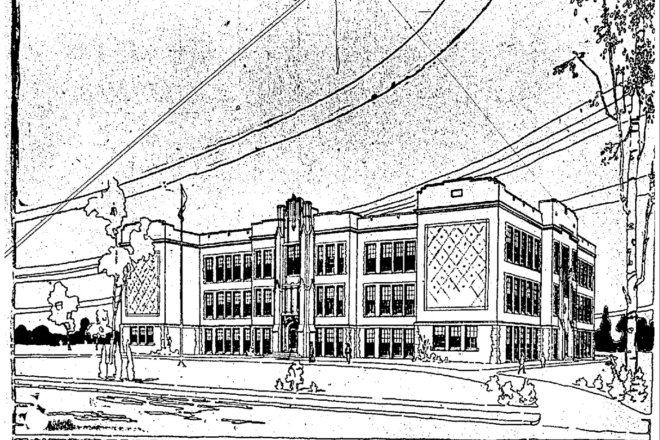 The good news? Bill Foster, founder and president of the Slinger, Wis.-based educational survey firm School Perceptions, announced that a majority of respondents support a proposed $2 million operational referendum for the next two years, which would cost taxpayers $33 per $100,000 of assessed value. Of the year-round residents who responded to that question, 69 percent said they would support such a referendum or probably would support it, while 82 percent of parents who have children in the district support it.

Foster said the most encouraging response for this question was from the most important subgroup at the ballot box – residents who don’t have children in the schools and who don’t work for the district. Sixty-four percent of them support the operational referendum.

“If put on the ballot today, I predict it would have very strong support,” Foster said. “You’ve got really strong support from the community for the school district.”

Foster began by explaining that 915 surveys were returned by the June 25 deadline, for a 30 percent response rate.

“Typical response is 18 to 20 percent, so you knocked it out of the park with 30 percent,” he said. “We’ve got very good data to make decisions.”

He also pointed out that the respondents skewed old, with more than 50 percent of the surveys returned by people older than 65 years. But he added that should not concern anyone because when it comes to voting, seniors go to the polls more than the 18- to 35-year olds. He also noted that 55 percent of responses were from the Town of Sevastopol, and 14 percent were from part-time residents, who were removed from the funding support questions because they can’t vote on those.

There was also majority support among all subgroups to at least explore the question of a referendum to address the district’s building needs, with 92 percent support from staff respondents, 87 percent from parents and 52 percent from the previously mentioned most important voter group (those deriving no perceivable benefits from the school district).

The bad news came when respondents were asked about two separate options. No. 1 was to build a new K-12 school for $57 million. Staff support was at 78 percent, parent support was 63 percent, and the VIP voter group was 31 percent in support and 56 percent against.

Foster said statistically, there is not enough support for the $57 million option.

Option 2 was a $47 million renovation of the existing school. Staff supported this at 68 percent, parents at 61 percent and VIP voters were 29 percent in support and 57 percent against.

“There’s a little more support for building new,” Foster said, suggesting the group might want to explore phased options “because the tax tolerance in this community doesn’t go up to $47 or $50 million.”

He added that rather than being discouraged by the building results, the group should “celebrate the fact that there’s strong support for the operational referendum and support for exploring the capital project for the building.”

That brought Matthew Wolfert of Bray Architects to the floor to explain four post-survey options his team quickly put together with ballpark figures.

School Board President Lisa Bieri said if the committee wanted to consider other options, it is operating under the tight deadline of Aug. 20 to get on the November ballot.

“November would be the time to get the broadest reaction from voters,” Wolfert said.

One of the CFAC members said he had been questioned by mostly older residents about why the Sevastopol School District doesn’t consider consolidation with Sturgeon Bay.

“Let’s put that question to bed,” he said about consolidation.

Sevastopol Superintendent Kyle Luedtke said consolidation studies go all way back to 1972, the last one being in 2008 between Sevastopol and Sturgeon Bay. Gibraltar did not want to participate he said. The studies against consolidation are there, he said, adding, “Hey, we don’t want to break up our community.”

After the large group broke up into small groups to discuss the new options, all the groups seemed to have been deflated by the building results, all responding that there is not enough detail with the new options and there isn’t time to revamp a proposal and make a push for a building referendum for the November election.

“How much more detail do you need?” Kacmarynski said. “There is a need for this. We’ve had the discussion over and over. There is a need for some type of an investment. I  think it would be worth a shot to pick a number and do some educated guessing.”

Wolfert suggested that his team reconvene to look at phased building projects, and that the group meet again in two weeks to look at the new proposals.

“We’ve got to come up with an option that’s going to help our kids,” Luedtke said.

“I’ll be Mr. Obvious here,” Wolfert said, “but the lower you go the more likely it is to pass.”

A CFAC member said he thought the tax threshold for the community is between $25 and $30 million.

Both Luedtke and Bieri pointed out that momentum is important, and that if the question is not on the November ballot, some of that momentum will be lost if they wait until the April 2019 election. And if that one is passed, the next time a referendum question can appear would be April 2020.

Wolfert and his team were charged with looking at construction priorities, which include a tech building for the high school, and to come back with new options on July 25.