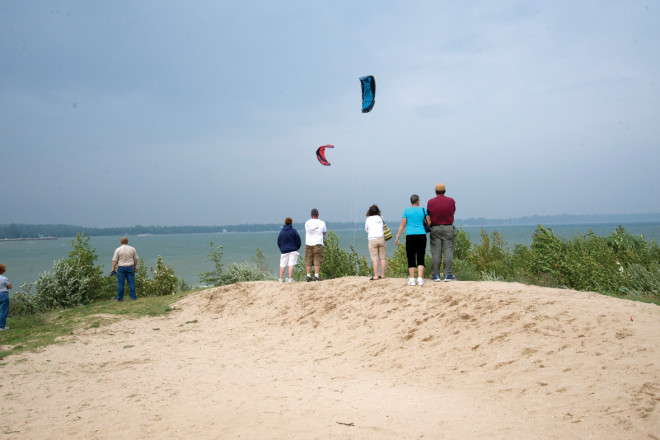 Baileys Harbor resident Mariah Goode presented an idea to the town board at its Aug. 8 meeting to spruce up three public waterfront access points in the town.

The idea to draw more attention to the waterfront access points is one of the many ideas developed during a weekend community envisioning experience held in the town last November with a group of experts brought to town by a University of Wisconsin-Extension program that gets community members involved in making improvements to the town. Goode said improvements could include signs at each location, garbage and recycling containers, bike racks and possibly wrought-iron arches made by the blacksmithing class at The Clearing.

The town approved naming each of the sites. At the north end, across from The Ridges, is Lakeview Road, which will be called Harborview Park. The middle site is between the Yum Yum Tree and a private residence. Since that is at the end of Bluff Road, it will be known as Bluff End. The third site is the area below the guardrail as you enter the town from the south end. It will be known as Lakeshore Park.