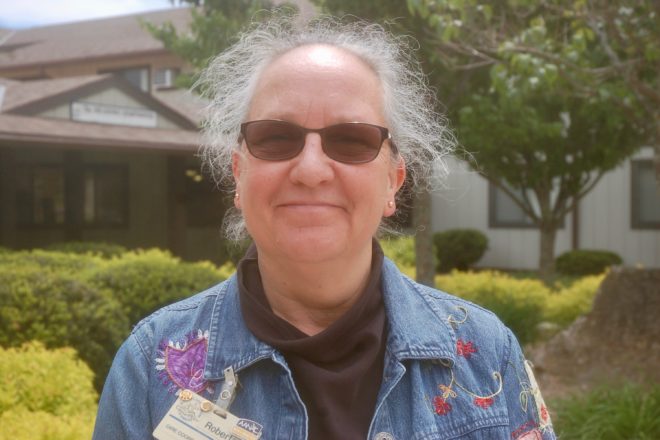 Baileys Harbor Town Supervisor Roberta Thelen has decided to make a race of the 1st Assembly District by challenging incumbent Republican Joel Kitchens as an independent. She decided to enter the race a week before the June 1 deadline simply because no one else appeared to be running.

“I don’t have anything in particular against Joel Kitchens,” she said. “I just feel our state has been so dominated by the Republican Party and the decisions they are making, people in a democracy have to have a choice. I couldn’t stand the idea of a position with no one opposing it.”

Thelen, 64, has served on the Baileys Harbor Town Board for nine years, and has worked at Good Samaritan Society – Scandia Village for 17 years, where she serves as care coordinator.

“I have been working in health care for a long time,” she said. “I’m definitely in favor of single-payer health care. We need to find a way where it is not considered a privilege to get quality health care.”

She also wants to make the environment a campaign issue. “People are acknowledging that we really do need to address issues with the environment and climate change. Currently politicians are relaxing environmental protections instead of strengthening. I will continue to support the movement that the high school students started with March On, addressing gun regulations and banning assault weapons. Those things will stay in the forefront.”

“People didn’t get back to me,” she said, but adds they were probably distracted with the special elections taking place next Tuesday.

And, she added, maybe it’s for the best.

“Maybe I don’t have to go by their outlook of how a political campaign should be run,” she said. “I don’t want the success of my candidacy measured by how much money I raise. I really want it to be about what my ideas are. People are either complacent or angry about politics right now. I want to keep the conversation alive, how can we have a more informed electorate? Spring elections where we are lucky to have 13 percent of electorate voting. I want to give it my best shot and remind people how important it is to vote.”