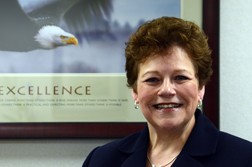 Door County’s school districts are banding together to make shopping for health insurance a little easier and, hopefully, a little cheaper.

In early July, all five of Door County’s districts – along with the Algoma, Kewaunee, and Luxemburg-Casco school districts – approved a resolution to create a Door-Kewaunee Insurance Cooperative that will give the schools more clout when negotiating with insurance companies.

Southern Door Schools Superintendent Patti Vickman says that the schools had previously been working together as an informal consortium to bid out on health insurance, but they realized that forming a legally recognized cooperative would give them greater options when seeking bids.

“What was discovered was that some of the health insurance providers didn’t necessarily see the Door-Kewaunee consortium as a legally binding group. It was kind of a gentleman’s agreement,” says Vickman.

Currently, the districts in the cooperative receive their insurance through WEA Trust, a Madison-based, non-profit insurance company that specifically caters to Wisconsin public schools and state health plan members.

Vickman is not sure if the new cooperative will result in a change in the districts’ provider, but she says that opening up more options can only be a good thing.

“Requests for proposals are going out in September,” says Vickman. “We’ll make a decision in October about who the carrier is and then from there districts make their own choices.”

As a result of collective bargaining agreements that don’t expire until July of next year, some districts will be locked into WEA Trust for a while longer regardless of what quotes come back from other providers. And, even if WEA ends up remaining the districts’ best option, each school will most likely focus on different ways to adjust programs and costs that are specific to their needs.

Vickman says that, at Southern Door, changes may focus on improving the district’s preventative and wellness programs in order to try to cut premiums.

Timothy Raymond, superintendent at Washington Island School District, says that his district will be looking to cut unused programs that teachers and taxpayers are paying for.

“Our consultant did a study of the district and our people and found that we’re paying a lot of money for insurance that we were never using,” says Raymond.

“Washington Island, as a 35 or 40 employee type of group, would be at a disadvantage compared to a group of 1,500 [when bidding out for insurance],” says Van Asten. “The cooperative gives them a bigger group to spread their risk out in.”

Less risk for insurance companies means better prices and programs for the districts, says Van Asten. She also says that now is a good time for the schools to be reexamining and adjusting their insurance programs with an eye towards complying with new provisions that will come into effect in 2013-14 as a result of the Affordable Care Act.

“It’s absolutely something we’re looking at,” says Van Asten. “We’ll be working with each district to understand the impact of the reforms both individually and as a group.”