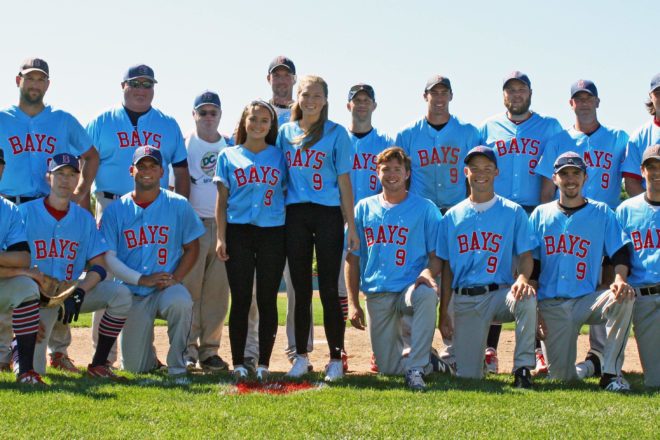 The Sister Bay Bays held the inaugural Kenan Bunda Memorial Game July 16. The Bays wore throwback #9 jerseys to honor Bunda, who died earlier this year after a two-year battle with brain cancer. Bunda, a lifelong Sister Bay resident, was a right fielder for the Bays throughout the 1980s and ’90s. A portion of the day’s 50/50 raffle was donated to Bunda’s daughters, Madison and Bella.