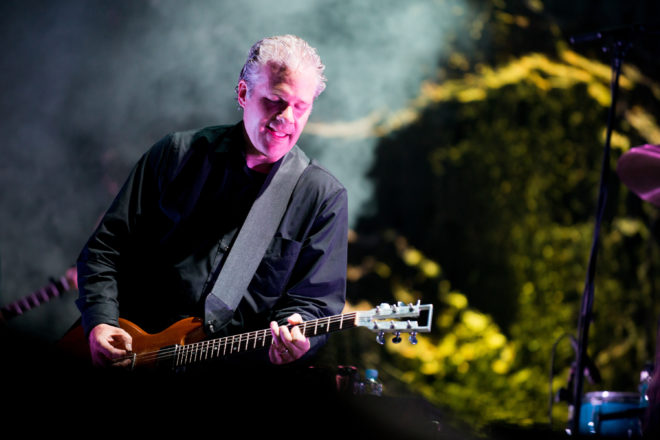 BEGIN is a creative music series held in the studio above The Artists Guild in Sturgeon Bay. Organized by William Bradley and Jon Mueller, the series features nationally and internationally known artists working in improvised and other creative approaches to sound and instrumentation.

His approach to the guitar takes the roots of Americana filtered through modern composition and technology. Using multiple amps and a palette of effects, he’s crafted a trademark sound that’s as uplifting and melodic as it is bold and adventurous.

There is limited seating and no advance tickets are available. Early arrival is recommended. A suggested donation of $10 at the door goes directly to the performing artist.

The Artists Guild is located at 215 N. Third Avenue in Sturgeon Bay. Entry for the studio is through the far right door on the front of the building, up the stairs to the second floor. For more information and a schedule of future events, visit rhythmplex.com.