Section 12 of Article XIII of the Wisconsin Constitution allows for “qualified electors of the state” to demand the recall of any incumbent elective officer in the state, without offering any justification for the recall. Get enough signatures, and you can have a recall.

The case of the Aug. 23 recall election of Sevastopol School Board President Sue Todey and Vice President Bill Behme is a perfect example of why there should be some scrutiny applied to the justifications of those requesting a recall. 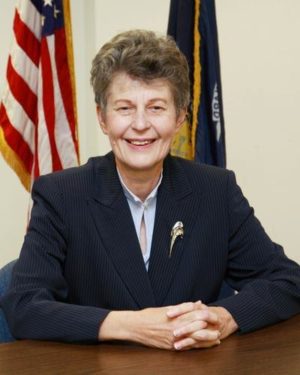 In this case, the recall was instigated by a group of people who are upset with a unanimous personnel decision made by the school board not to renew the contract of former elementary Principal Mary Donaldson. Because it was a personnel decision, the school board could not say why they did not want Donaldson to return to the schools. Without having access to all the facts, the group started arriving at conclusions that have led to the district spending tens of thousands of dollars in legal fees and other costs associated with public records requests and the recall election itself, instead of spending that money on education.

Knowing some of the background circumstances behind all the uproar at Sevastopol and that Donaldson caused a similar divide in the New Richmond school community where she had been employed earlier in the century, we sat down to hear from the two embattled school board members, Sue Todey, who has spent 10 years on the board, and Bill Behme, who has been with the board for seven years.

“It’s been extremely challenging,” Todey said. “Bill and I have gone back and forth. Do we just resign, because this has taken a toll on us individually and with our families? One day we’d talk and say, let’s just call it quits. But there are so many people who voted for us originally and they’re counting on us. And we would get input from people who would say, ‘Stay with it. Help us get through this.’ The whole time it’s been back and forth. Finally we said, nope. When this recall was certified, we said we’re going to give it our all. Hopefully the folks who come to vote will understand what has happened. We couldn’t talk. Because this is a personnel issue, legally and ethically, we could not talk about this. Everybody else could. But we couldn’t. Our hands were tied on this.” 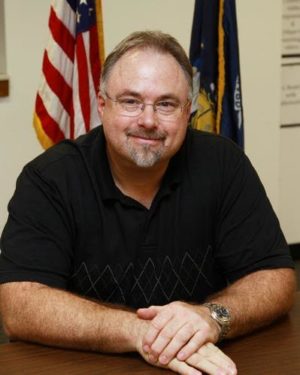 “And on the other side, they have the ability to say anything they want – disparaging, inaccurate and there’s really nothing you can do to defend yourself in that process because you hold what is the truth of it,” Behme said. “They talked about how nobody was listening to them. They sent in these letters and nobody was listening to them. The reality is that we were listening to them, but we were also listening to a lot of other people who have a completely different perspective on this…. When it comes right down to it, we were listening intently to what these people, what these teachers, were having to say, but we had to balance that with all the other things we knew about it in the employment process or in the community, by students, by parents, by teachers. That’s ultimately where that decision came in.”

Behme points out that the January vote not to renew Donaldson’s contract was unanimous because of “the preponderance of evidence.”

“The one dissenter just did not have enough information. And that’s perfectly fine. That’s due diligence on the part of that board member,” Behme said. “But when it really came right down to it, the vote was unanimous all the way through to put Mrs. Donaldson on a paid administrative leave. It was unanimous when it came to accepting the agreement with Mrs. Donaldson. I was told by some of the folks that the word is that some of these school board members, that they had to vote for it, that there would be some liability if they didn’t. That is absolutely not true. Everybody on that board has the ability to speak their mind, to vote the way they want to. There was no pressure within the group, and it was still a unanimous vote.”

Todey said the bellicose nature of the dissent has instilled an atmosphere of fear at the school.

She said it’s time to get over the drama and refocus on educating children.

“We should put aside all of this other information and falsehoods and everything else that’s out there. All the other drama is insignificant to this goal everybody has,” she said. “We have a great school and we have won national awards consistently. And our students achieve so very, very much.”

“It’s the community that makes that happen,” Behme said. “It’s every aspect – the teaching staff, the support staff, the board, the administration, the folks that run the cafeteria and drive the buses.”

“And all the taxpayers who strongly support that school,” Todey added. “It isn’t going to be easy, but I am confident we can do it, bring the team back together, all the stakeholders back together and really focus on what this is really all about, and that is providing the best possible education we can for all the kids in the school district. I think we’re at a very exciting time here with the school district. We can use these changes as a springboard. We have a new elementary principal on board.”

“A very experienced woman who knows her way around elementary schools and special education services,” Todey said. “We have Steve Cromell back as our superintendent. Steve was with us for five years and retired. As he always says, he fails retirement all the time. He knows the district. He knows a lot of the staff. He’s a very calming force. We will have a new dean of students shortly when the interviews are finished, and we have a wonderful building plan out there that got put on hold with all of this drama. We need to be focusing on that. Curriculum and technology is a constant challenge. The state has some new requirements for academic and career planning which are extremely positive. There’s a lot to be focusing on and this is what our board needs to do. This is a state budget year. Our school district, along with Gibraltar and the island, get next to no state aid. We need to be focusing on Madison right now. We need to be working with [1st District Assemblyman] Joel Kitchens. It’s critical to our kids and our taxpayers.”

Todey points out that the Sevastopol School district’s annual meeting will be held the evening of the recall election, on Aug. 23.

“We’d love to have more people come, learn about the district, see what’s happening, and then if they have some input, fine. Let’s do it in a civil manner,” she said.

Tim Bley and Keith Volkmann are the candidates advanced by the recall group.