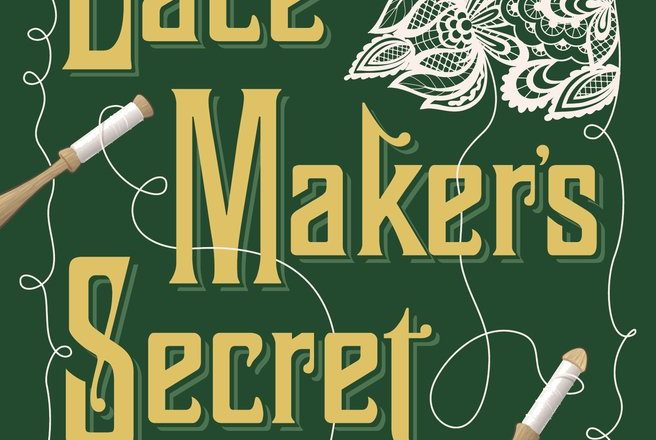 Sitting in a pew at the Belgian Heritage Center, smelling the chicken booyah wafting from the back of the room, and listening to author Kathleen Ernst talk about her latest novel, it was clear that history doesn’t feel so distant for the Belgian community in Southern Door.

Ernst’s latest novel, The Lacemaker’s Secret, is the ninth installment from her Chloe Ellefson mystery series and is partly set in Southern Door. Ernst’s novels weave history and mystery together as her protagonist Ellefson is a museum curator who travels around Wisconsin taking up projects, who also has a habit of “tripping over bodies,” according to Ernst.

The Lacemaker’s Secret is set in 1983 amongst the Belgian-American communities of southern Door County and the Belgian Farm at Green Bay’s Heritage Hill State Historical Park. At the start of the novel Ellefson starts a consulting job at Heritage Hill whose research leads her to a piece of Belgian lace in Door County, which probably arrived with the earliest Belgian settlers. With that piece of lace readers are introduced to another strand of the story, one that starts in 1848 in Belgium. This part of the novel focuses on the struggles of a Belgian lacemaker named Seraphine and her family to survive cholera, famine, the American Civil War, the Great Fire and World War I to pioneer a new life in America.

The timing of Ernst’s visit was not by accident. She spoke at the Belgian Heritage Center Oct. 7 as part of the Center’s Great Fire (Peshtigo Fire) Remembrance event, held one day before the 147th anniversary of the Peshtigo Fire on Oct. 8, 1871. Ernst also chose this date, Oct. 8, as the official publication date for The Lacemaker’s Secret. The Peshtigo Fire has a prominent role in the novel and impacted Ernst, who had to tap into the emotions of the Belgian settlers during the devastating fire. Ernst said, considering all 37 books she’s written, the Peshtigo Fire scenes in this book were the “most difficult thing I ever attempted to write about because of the sheer horror of the experience.”

During the presentation Ernst read from the novel about Seraphine’s anxiety about the lack of rain and her anticipation of fires. As Ernst read this passage, and at other times throughout her presentation, many people in the audience nodded their heads in accordance with the accounts of the terror from the Peshtigo Fire and the hardships Belgians faced when immigrating to America.

Ernst had many goals in creating the Chloe Ellefson’s series, one being to fill in the gaps in Wisconsin’s historical record. As a former museum curator, Ernst was frustrated to know about historical artifacts, such as a piece of Belgian lace, but not to know about the people who owned and used them. Ernst said, “When I worked as a curator I couldn’t fabricate these stories, now I can.”

The Lacemaker’s Secret is available in trade paperback and multiple ebook formats from a variety of vendors, including independent bookstores, Amazon, Barnes & Noble, Books-A-Million, Google Play, Kobo and others. For more information visit kathleenernst.com.