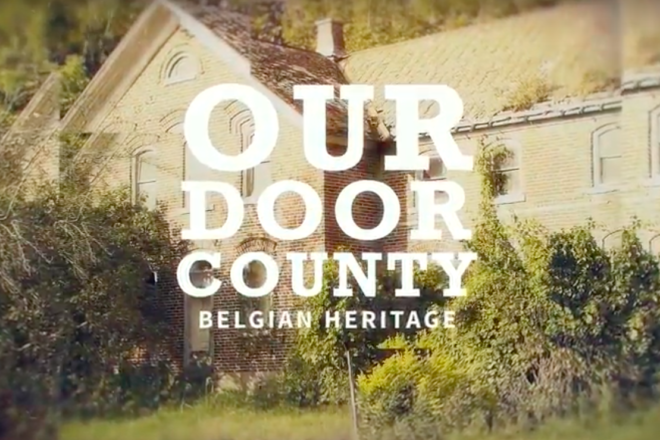 It’s a part of Door County sadly neglected by many of the thousands of visitors who flock to the Door peninsula every day of the summer as they scurry to other towns and villages steeped in the tourism trade.

But in Southern Door County visitors will find a community with one of the most fascinating stories in Wisconsin. Founded in 1858 by four Belgian immigrant families, the Door County town of Brussels and its surrounding communities are the largest Belgian settlement in North America.

But in 1871, one of the greatest tragedies in American history nearly wiped the settlement out. The Peshtigo Fire raged on the same day as the famous Chicago Fire, but it was the lesser known fire to the north that was the deadliest wildfire in American history, claiming nearly 2,500 lives.

But the survivors in this strong-willed community, already tested by the struggle to clear timber and forge an agricultural life on the peninsula, were undaunted. They rebuilt, this time with brick instead of wood, and pushed forward.

In Our Door County: Belgian Heritage, learn about the fascinating history of Door County’s Belgian population, and the traditions they’ve kept alive for more than 150 years. From food specialties like Belgian pies and tripe, to roadside chapels, and even an obscure language, the Belgian communities of Southern Door carry on some of the peninsula’s most fascinating – and deep-rooted – traditions.

Historian Bill Chaudoir explains why the Belgians found this isolated, untamed frontier and made a home. Gina Guth talks about the importance of keeping obscure traditions alive, and Theresa Gerondale-Alexander shares a bit of Waloon, an obscure language still spoken by a few residents.

“A lot of the customs and traditions of the old country survive today,” Chaudoir explains. “It’s important to pass along those traditions because it connects you with those who came before,” Guth says.