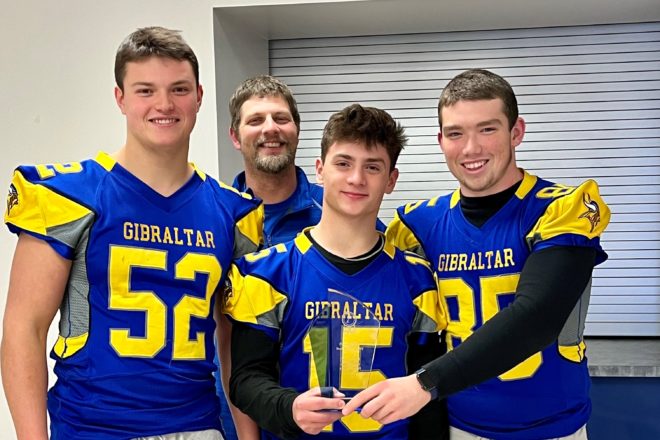 The Gibraltar football team’s float was named Best Float of the 2022 Fall Festival parade. The float was decked out in the school’s blue and yellow and filled with Viking Pride.

Team members rode on the float – a joint effort between the players and their parents – and handed out candy to celebrate their conference-championship title. Some of the football players also marched with the Gibraltar band, then ran back up the hill to join their football teammates on the float.

In addition to giving the team a trophy, the Sister Bay Advancement Association will contribute $100 to the Gibraltar football program.