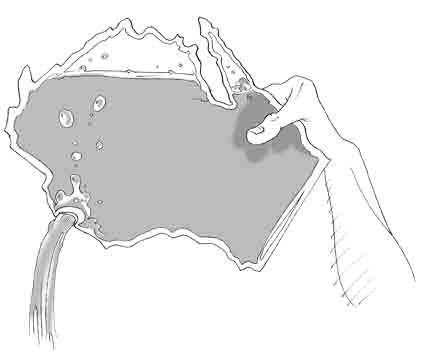 When small towns watch their talented young people walk out the door, community leaders are left to ponder what would have kept them around.

Some communities respond by building attractions, new amenities like trails or marinas, and some have even given away land in a sort of 21st century Homestead Act. But Patrick Carr, author of Hollowing Out the Middle, said the equation that brings people anywhere is really quite simple.

“A good job is incentive enough,” Carr said. “People will move and stay for a good job.” 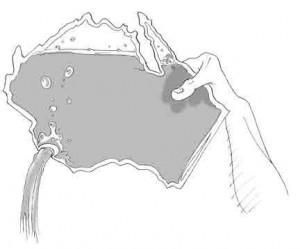 That’s not a new epiphany, but it may take one to figure out what kind of jobs can help stop the flow of young adults out of Door County.

Tara LeClair would love to see a major employer move in to revitalize the base, but realizes that is a remote possibility. The 1996 Sevastopol graduate and UW-Whitewater alumnus moved back to Door County in 2005 and now manages the Door Kewaunee Business and Education Partnership. She and her husband moved back only after he found a job here, and LeClair knows how hard it is to find a job stable enough to take on a mortgage and start a family here.

“If young people knew there was a stable business here, that could drive a lot more people back here,” she says. “If it wasn’t for us getting an opportunity we wouldn’t be here. It’s especially hard at our age because it’s too risky to relocate your family if there aren’t a lot of job options.”

Though some nurse dreams of attracting a major employer to supply a couple hundred jobs in one fell swoop, Bill Chaudoir, Executive Director of the Door County Economic Development Corporation (DCEDC), said “that isn’t going to happen.”

“The economics just don’t work up here,” he said, and Carr agreed, lamenting the fact that so many small towns waste creative and financial resources trying to lure large manufacturers and corporations. 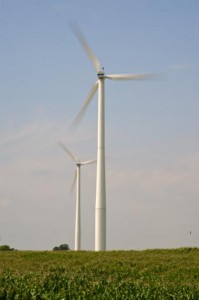 “Elephant hunting is largely pointless. You need to focus on things that by their very nature can be decentralized,” Carr said, without limiting this criticism to manufacturing. “Big box retailing has really strangled small towns. Big agriculture and Wal-Mart have done more to decimate small-town America than anything else. Big boxes throw a few bucks at the local institutions they’re choking, and we buy it.”

The large manufacturing plants that once defined Midwestern towns are not the rocks they once were. Communities still attract big corporations with tax incentives and infrastructure improvements, but the availability of cheap labor and scant regulation outside the United States makes it easy for such enterprises to jump ship even from a relatively new facility and large capital outlay.

Just six years ago the state of Wisconsin handed General Motors $10 million in grants to supplement a $175 million outlay to outfit its Janesville plant to produce a new line of SUVs. The investment proved short-term, as the automotive giant shuttered the doors in 2009.

Chaudoir said that despite the county’s geographic isolation, residents shouldn’t be lulled into thinking the peninsula is immune to global economic forces. Bay Shipbuilding, the county’s pre-eminent employer, has slashed its staff because massive companies far from our shores aren’t moving products.

So if General Motors, Maytag or Emerson aren’t going to come into town with a miracle, how are we going to reinvigorate our base? Chaudoir points to the potential of small niche businesses that aren’t dependent on distribution networks or proximity to other similar businesses.

“We have positioned ourselves to market to vacationers who might be attracted to the idea of moving their small business here, or an aspect of their business,” Chaudoir said.

The county has seen an influx of telecommuters who have moved their families to Door County to take advantage of the environment, schools and community in recent years. A concentrated push to attract more of them could reap rewards. But to attract such businesses and telecommuters, the county needs to bolster connectivity, said Door County Administrator Mike Serpe.

“Providing Internet access at the highest speed possible is as vital as the air and water for us economically,” Serpe said.

But Door County has twice investigated seriously the prospect of installing a high-speed fiber line, only to determine the project would be prohibitively expensive.

“Renewable energy can really help because it has to be decentralized,” he said.

Community Wind Energy of Door County pushed a proposal for a wind energy cooperative several years ago, but county and municipal zoning ordinances have been tightened, making it nearly impossible to site large turbines on the peninsula. Serpe holds out hope that new wind turbine siting standards under review by the state could open the door again.

“I think Southern Door still has the potential for wind power,” Serpe said, “but in Northern Door property is just too expensive to make it economically feasible.”

Any effort to bolster the job base in Door County must accept that it will come in small doses cobbled together for a larger impact. It must recognize the opportunity and strength that comes with such diversity.

Those jobs will build on each other. If the Gibraltar School District were to grow by 150 students, returning to its peak enrollment of the late 1990s, it would mean adding several teaching positions, maintenance staff, coaches, bus drivers and assistants. It would also cut down on the need for referendum funds to support the district. Plus, those young families would require services and entertainment, supporting other businesses.

Changing the future of small towns, Carr said, isn’t the responsibility of one major employer, one government department or one school system.

“It’s a question of all these bureaucracies that exist as mosaics that touch but never really communicate; we have to get them talking to one another,” he said.