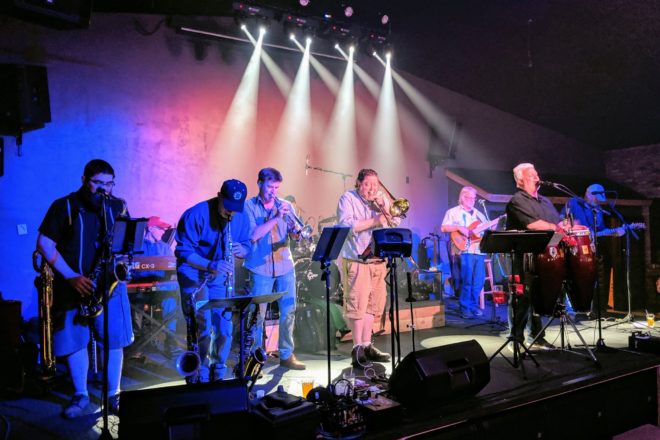 Vanessa McGowan (VM): What or who first got you into music?

Marc: I had a very influential band director in high school. His name was Jim Borgaro. He was a fantastic saxophone player and teacher. He had a huge impact on a number of us when we were growing up.

Danny: My cousin Ron Conley. Showed me my first drum beat in 1980!

Jay: I first got into music for free soda and popcorn.

(VM): How would you describe the music that you typically create?

Rick: Funky soul with a kiss of the blues.

(VM): If you could open a show or play for any artist, who would it be?

(VM): When you’re not making music, what’s your day job?

Bill: I am the band director at Denmark Middle School.

Bill: I miss the guys in the band! I miss making great music with great musicians! I also really miss my friends that come out to see the band.

Jay: I really miss playing and interacting with the extremely talented musicians that I have the privilege of knowing.

Marc: I miss hanging out with my friends in the band. I also miss playing for people in live situations. I think we have all grown to appreciate that a little bit more because of everything.