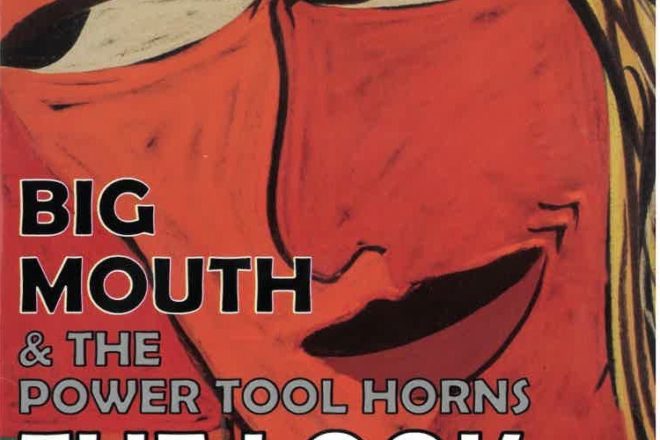 The new CD by Big Mouth & the Power Tool Horns begins with a sonic punch in the face from drummer Danny Lueck (especially if your stereo was dialed way up from the night before, as mine was).

Whitney’s songwriting incorporates a variety of styles: the Tower of Power-esque opener “Work, Love, Dance;” straight-ahead rock with Whitney demonstrating his blazing guitar work on “Night Creeper;” the samba-esque instrumental “Sambonica;” and the Pulp Fiction-esque instrumental “Spanish Hamburgers,” with Whitney’s big guitar leading the way, punchy Mexicali horns and a deep bass pulse from Paul Sowinski. (Whitney said this tune is a tribute to the late Door County guitarist Johnny Redmann, who would call out, “Spanish hamburgers!” while playing his own version of flamenco.)

Matt Buchman’s keyboards stand out on “Sambonica.” Steve Johnson gets to show what the low-down baritone sax can do on “I Had a Dream,” a song that includes a little person, a monkey and the IRS (I think I’ve had that dream).

The penultimate title tune is a lament to marriage that unleashes saxophonist Marc Jimos to explore the nooks and crannies of such a union.

The album ends with “Skitso,” which begins with the words, “I might be schizophrenic, but so am I.” Whitney shows his blues guitar chops on this one.

The one tune that sticks out for me like a sore thumb is the neo-soul/rap tune “One Hell of a Run,” sung by Alex Sowinski, son of bassist Paul Sowinski. Even though it has some great horn parts, excellent vocals and Whitney’s incisive guitar, it sounds way out of place here, as if it just dropped in from another planet.

The arresting cover art is by Mike Judy.

You can probably pick up a copy of the new release Friday, March 15, when Big Mouth & the Power Tool Horns perform at the Algoma Performing Arts Center as a fundraiser for Algoma students traveling to New York City on spring break. The concert, which starts at 7 pm, will also feature the Algoma High School Band and Choir, as well as local celebrities and alumni. Tickets are $10, and you can buy them online at algomapac.com.