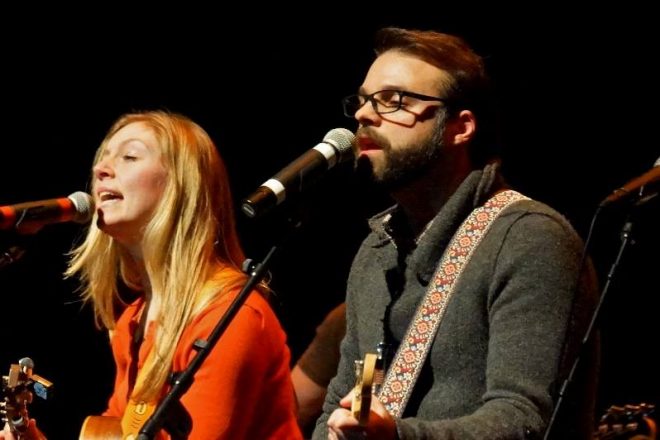 Get ready to hear some of Door County’s finest touring musicians Aug. 29, 7 pm, during a free concert at the Peg Egan Performing Arts Center (PAC), 7840 Church Street in Egg Harbor.

Singer, songwriter and pianist Eli Mattson catapulted onto the national stage when he appeared on America’s Got Talent in 2008. Drawing inspiration from Elton John, Billy Joel and Bruce Hornsby, he captivated listeners with his passion and poise.

It’s been said that a Dorothy Scott concert is a journey into the mystical and back again as this musical explorer incorporates blues, folk, rock and jazz into her songs.

Door County native Isaiah Spetz is a New York City-based singer-songwriter and actor who’s a recent graduate of NYU Tisch’s New Studio on Broadway and is celebrating his third season with Northern Sky Theater. Scott and Spetz will perform together.

Deathfolk is the duo of Jess Holland and Nick Hoover, whose mutual love of sad songs and murder ballads brought them together. Now their collaboration plumbs those “deathfolk” roots and explores thoughtful Americana music.