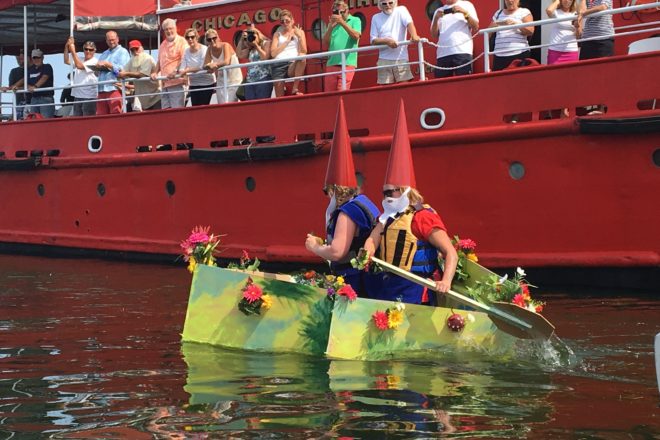 Brittany and Arie Hunt aboard their vessel, the “Gnome Sweet Gnome.” The sisters came in first overall in the SikaFlex Challenge. Submitted. 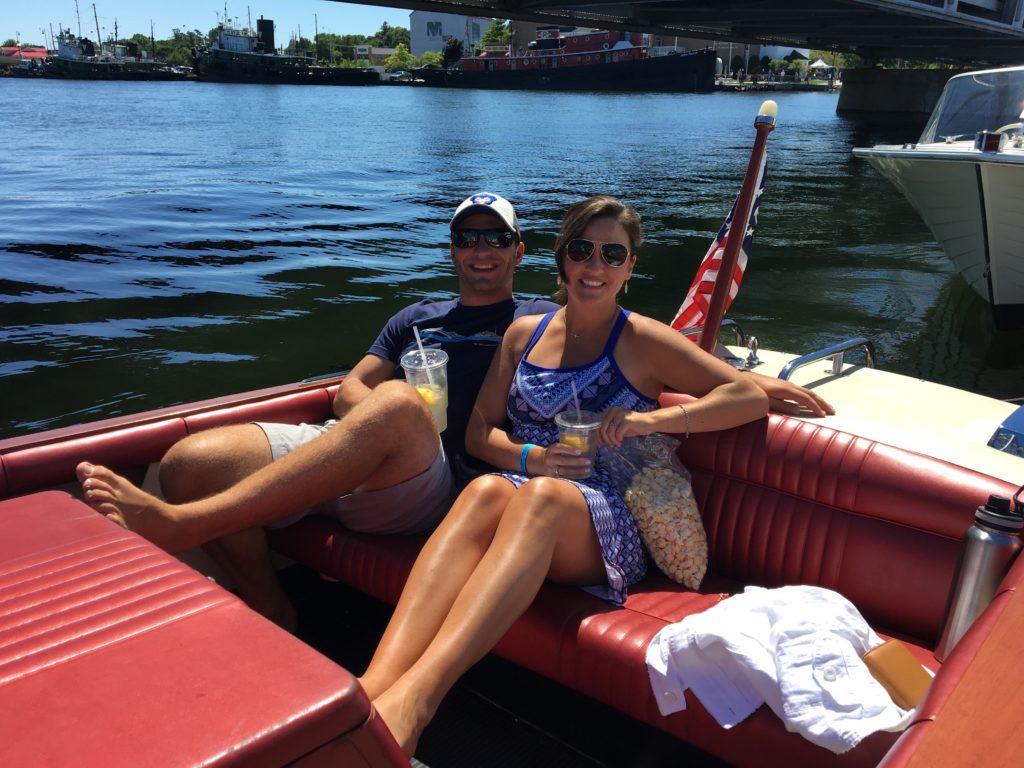 Andy and Lisa Muano of Hinsdale, Illis., received the Best of Show award for their 17-foot Century Resorter. Submitted.

With blue skies and fair breezes, many people visited the festival for the SikaFlex Challenge boat-building competition and in-water time trials. The teams of Brittany and Arie Hunt with their vessel, Gnome Sweet Gnome, and Patrick Smola and Vinnie Lanen with the General Lee tied for fastest build at one hour and three minutes. Completing their vessel next were the Zachariasen brothers, George and Neil, with the UFO (Unidentified Floating Object). Each of the 11 competing teams were given a limited amount of lumber, zip ties and SikaFlex sealant to build a boat within four hours.

During time trials, Bruce Loberg and Doug McGee in Old Boys II, the boat that won Best Design, sped through the course in a blazing 1 minute and 35 seconds. The Zachariasens finished second in 2 minutes, 17 seconds. The Hunt sisters came in third, beating the fourth place team of Patrick Smola and Vinnie Lanen by a mere five seconds. After all of the points were carefully tallied, the overall winners were the Hunt sisters with 47 points. Second place went to the Zachariasen brothers with 46 points and third to Patrick Smola and Vinnie Lanen with a not-too-shabby 44 points. The Zachariasen brothers’ UFO craft was voted the People’s Choice winner for favorite theme in the SikaFlex Challenge and they will have their names added for a record fifth time to the Palmer Johnson Trophy.