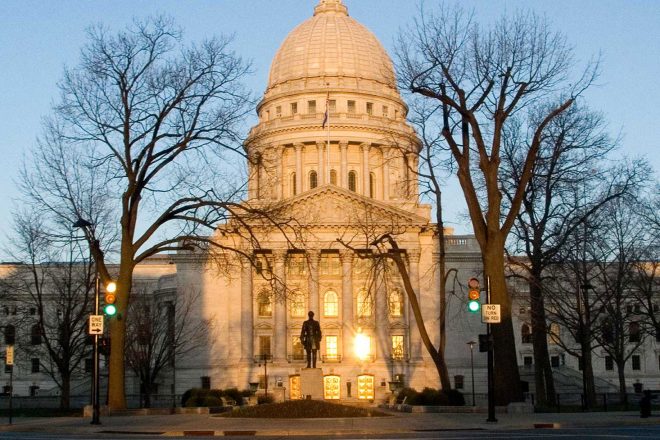 Senate Bill 373, now Wisconsin Act 89, which relates to making school-district and school financial information available to the public. The law requires the Department of Public Instruction to create an online portal, available beginning in the 2023-24 school year, that displays financial data collected from all school districts, county children with disabilities education boards, and independent charter schools.

The law also creates an 11-person advisory committee to develop a report of recommendations to the department by Feb. 1, 2023, that includes recommendations about the categories of information that will be accessible to the public through the portal and the resources necessary to implement and maintain the portal.

This bill would enable Wisconsin consumers to purchase electric vehicles (EVs) directly from the manufacturer, as is the case in approximately 34 other states. Additionally, the bill would put Wisconsin in a much stronger position to attract a major EV manufacturing operation, according to the bill’s author, Sen. Dale Kooyenga (R-Brookfield).

The bill also creates an exception to the Dealer Law to allow a manufacturer of electric vehicles to perform warranty service as well as delivery and preparation work on any EV it produced. The bill spells out certain criteria that a manufacturer of an EV must satisfy in order to sell its electric vehicles, or perform warranty service, delivery and preparation work on the EVs it produced. The manufacturer must only manufacture EVs, cannot be a subsidiary and must be engaged in the business of distributing EVs in the United States.