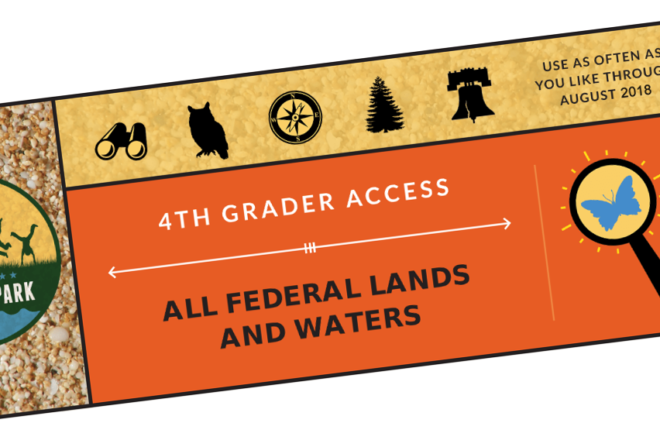 Rep. Melissa Sargent (D-Madison) is leading the charge on a bipartisan bill to provide free passes to state parks and natural areas to Wisconsin fourth-graders and their families.

It’s an idea modeled after the successful Every Kid in a Park program established by the National Park Service in 2015. It was launched that year to celebrate the centennial of the National Park Service, and it offered an annual pass to the nation’s parks, monuments, forests and wildlife refuges to every fourth-grader in the country and their families.

Sargent thought that was a great idea, but she saw families planning adventurous trips around the country when, perhaps, the greatest adventure might be an hour’s drive away in a Wisconsin state park.

“I have a third-grader. It affects my personal life,” she said. “I’ve met a number of people who are planning their family vacations for next year, where they are going for their kids to engage in national parks. I think it would be lovely if we could help keep some of those people right here in Wisconsin, enjoying our state parks and natural areas and seeing what we have to offer in our own great state.”

Rep. Joel Kitchens is one of the co-sponsors. He pointed out that besides it being a great idea to get kids and their families to explore the great outdoors, this is one of the benefits of a split government – a Republican majority in the legislature and a Democratic administration.

“Things like this happen more,” he said of the bipartisan effort. “Those that do get along with people from the other side are in a more powerful position.”

Beyond the politics, Kitchens said the bill is just a good idea.

“I think as a parent, when you have kids that age, sometimes you don’t take the time,” he said. “So, hopefully this will make it a little easier for them to do that. Assuming we get it passed, I think I’ll talk to the schools to send something home to the parents so they are aware of it. There’s no excuse in Door County not to take advantage of that.”

Sargent had introduced the bill in the previous legislative session, also with bipartisan support, but it was a short session, and it never got through committees.

“I continued to work with folks and cultivate relationships in the building and am really excited to be able to introduce it with bipartisan support in both houses,” she said. “I’ve spoken with the DNR as well as conservation advocacy groups, and at this point we’ve heard nothing but positive thoughts and reviews about this legislation. Folks have until next Monday to add their names on to the co-sponsorship memo, but it is a very diverse and absolutely bipartisan effort. I’m really impressed by the number of people who have signed on. I believe we will continue to see the numbers climb.”

Sargent said fourth-graders were targeted because that’s the grade when they learn about Wisconsin government.

“I can’t think of a better way to help teach our students and our future leaders about how their government can have a positive impact on them and their love for the great outdoors,” she said. “It’s equally vital that we provide a path for our kids to set foot in our parks and natural places, and breathe fresh air, and see what it means to invest in our parks and natural areas, and why that’s important.”

And, she added, it could be good for the economy, with people buying gas, spending money in local restaurants near the parks, camping, staying in motels, visiting Main Street.

She said the public could support this bill by thanking the policymakers who have already signed on to it (Sen. Rob Cowles of Green Bay has joined Kitchens in support) and by asking those who have not to do so.

“It’s also helpful as we enter into the next phase of this, which will be working toward the public hearing, for folks to share their stories,” she said. “I know the trek to Madison can be long and arduous. If folks are interested in sharing why it is we should be providing kids with state-park stickers and investing in conservation and our natural heritage, they can contact my office [[email protected]] with their stories, and I would be more than honored to provide them to the committee members and have them read into the record.”