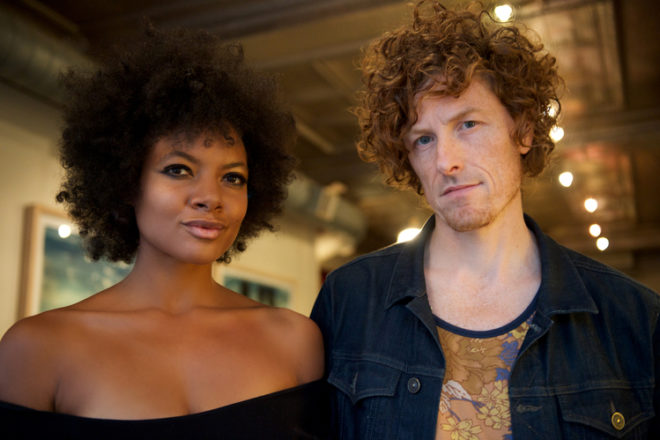 Birds of Chicago take the stage at the Peg Egan Performing Arts Center for their Sunset Concert Series. The duo performs July 1 at 7 pm.

Birds of Chicago is a collective based around JT Nero and Allison Russell. Whether touring as a duo or with the full family band, Nero and Russell have emerged as two of the most compelling new voices in North American roots music.

For several years Russell and Nero’s respective bands, Po’ Girl (Vancouver) and JT and the Clouds (Chicago), have collaborated extensively. Their 2011 album Mountains/Forests, released under the JT Nero banner, received critical raves and created a great deal of excitement for the first official Birds of Chicago album, released to great reviews in 2012.

Nero’s fractured country-soul voice wrapped in Russell’s silver and gold tones are a fine thing. Nero and Russell are most at home on the road. Pick almost any night in the next two years and you can bet they will be in some festival, theater, pub, VFW hall, roller rink or living room dovetailing their voices, singing their songs of hope, despair and love.

The Peg Egan Center, located at 7840 Church Street in Egg Harbor, is an outdoor amphitheatre that brings Door County and its visitors some of the best folk, blues, alternative, jazz and world music from national touring artists for free. In case of rain, concerts are held at the Calvary Methodist Church, 4650 Cty E in Egg Harbor. Carry-ins are welcome. For more information call 920.493.5979.