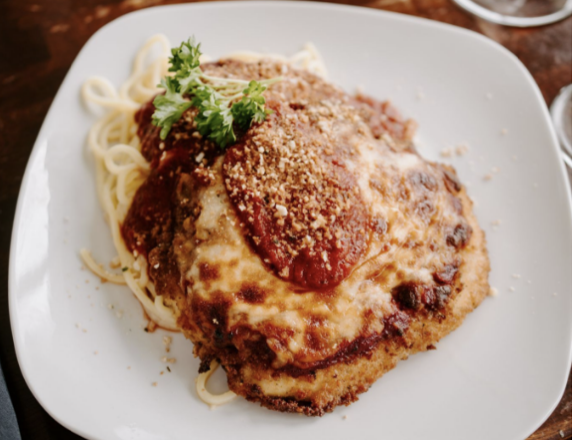 Last week, CHOP in Sister Bay began bringing back some of the favorites from its sister restaurants and will be cycling through their menus with samples from Lure and Pasta Vino, sushi and more. This week will feature Pasta Vino’s panko-crusted chicken parmigiana, spaghetti and meatballs with a pecorino crust, and a carbonara with pancetta and spring peas.

DC Chocolate Design has Valentine’s Day chocolate available online and throughout the county. The chocolate will be available at Door County Fitness Studio in Sister Bay and the Door County Trolley station in Egg Harbor in February, with more locations and dates to be unveiled later this month.

After the success of its New Year’s Eve dinner for two, Alexander’s is offering dinners for two – to go – all through February, with a special meal available for Valentine’s Day. That menu has yet to be announced, but it will include a choice of appetizer, entrée, salad, dessert and champagne or wine. Alexander’s is located north of Fish Creek.

Heirloom Cafe & Provisions in Baileys Harbor is open again after its short winter break. The staff celebrated last Taco Thursday with a special taco of the day: corn-and-bean salsa, queso fresco and egg.

Thanks for Supporting YMCA’s Soup Fundraiser

The Northern Door YMCA in Fish Creek hosted a Slurp for a Cause soup fundraiser Monday to raise money for the organization. At 7 am, more than 35 soups were available for contactless pickup and delivery. By the afternoon, the menu included soups and chilis from Baileys 57, Casey’s, Coyote Roadhouse, McEvoy’s Culinaria, Grasse’s and members of the community.