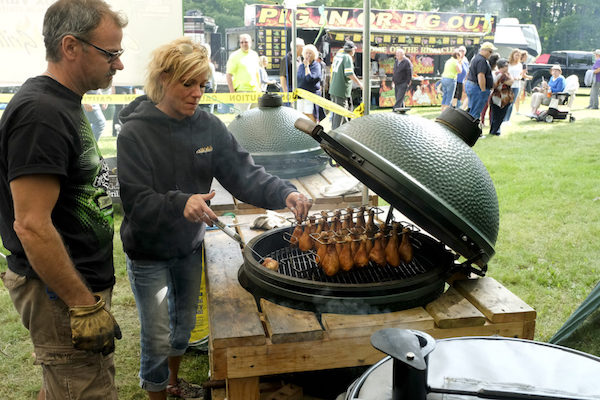 Steak Versus Steak on the Island

Do you think you grill the best steaks in your neighborhood? A Steak Cookoff Association (SCA) sanctioned event will be held Aug. 27 at the Washington Island Airport as part of the ninth annual Death’s Door Barbeque. The $150 entry fee includes a 10 x 15 space and two 1 1/8” choice boneless ribeye steaks supplied by Manns Grocery Store. The steaks can be cooked on any heat source; charcoal, wood, pellets, gas or electric.

The top ten will receive money ($1,000 down to $25) and awards. Besides the top prize of $1,000 and a trophy the winner will receive an invitation to cook in the SCA World Championship.

For more information or to sign up go to steakcookoff.com.

But What About the Children?

Young cooks will also have a chance to show off their cooking skills during Kid’s Que on Aug. 28 at the Washington Island Airport. Two age groups, 7-12 and 13-18, will compete for cash prizes and awards. All meat will be provided by Snake River Farms. Kids will be provided with a lit Smokey Joe courtesy of Lamperts of Sister Bay. Scoring will be done by a panel of certified judges based on appearance, taste and tenderness. First place winners will receive a $300 scholarship to the Fox Valley Technical College.

Entry forms and complete rules are available at deathsdoorbbq.com.