History is a strange place. Imagine, for example, that you are a Mississippi Delta singer-songwriter circa the late 1920s and very early 1930s, and you have been “signed” to make a record way up north, at a recording studio offshoot of the Wisconsin Chair Company in Grafton, Wis. The furniture factory made phonograph cabinets, so why not make something to play on those phonographs? 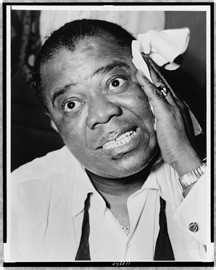 African American musicians made the trek to Grafton in Ozaukee County from 1917 to 1932, when the furniture factory shut down its recording operation. During those 15 years of operation, Paramount had “one of the greatest musical rosters ever assembled under one roof.” 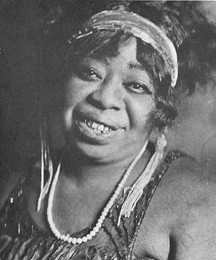 Volume 1 includes six burled chestnut-colored LPs and a flash drive containing 800 songs from 172 African American artists who recorded single-sided 78s for Paramount. Being a “race record” company, the Paramount roster included Louis Armstrong, Jelly Roll Morton, Ma Rainey, Alberta Hunter, Son House, Charlie Patton, Blind Lemon Jefferson and the elemental Skip James, to name just a few of the very many blues and jazz artists who passed through Grafton, Wis., to lay down some of the most sought after tracks in the world among vinyl junkies and music so powerful that it continues to influence musicians in the 21st century.

You really have to wonder what Skip James made of it all. At the age of 29, he traveled to Grafton in February 1931 and recorded nine records, or a total of 18 sides. Was that haunting falsetto voice and strange guitar tuning his true style, or was that his response to finding himself in Wisconsin in the dead of winter? 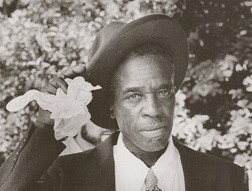 James’ story is especially interesting among the many artists who traveled to Grafton to record their music. After recording those 18 sides that have become some of the rarest and most sought after slabs of vinyl in the world, James got religion and left music behind for several decades until blues scholars tracked him down in the 1960s and found he was the same musician he had been three decades before, and launched him into a second musical career during the folk-blues revival of the 1960s. In December 1966, a new trio called Cream released its first record, Fresh Cream, featuring “I’m So Glad,” a song Skip James first recorded in 1931 for Paramount.

It wasn’t until the 21st century that the Village of Grafton embraced the Paramount history by creating in its downtown a Paramount Walk of Fame that includes a giant sidewalk keyboard and an impressive fountain with statuary honoring some of the artists, and since 2006 the Grafton Blues Association (graftonblues.org) has held the Paramount Blues Fest at a local park in September. It’s worth a road trip.