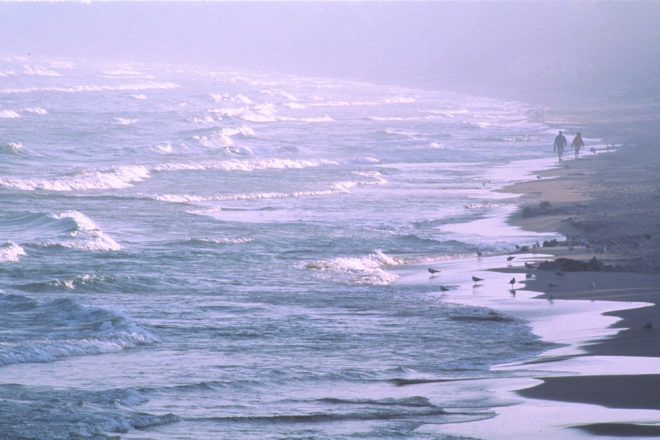 With two countries, eight states, two provinces, 249 counties and countless non-governmental organizations and businesses focusing attention on the complex issues confronting the Great Lakes basin, you can imagine the huge amount of data hanging out there with each agency and group.

At the 2013 Conference of Great Lakes and St. Lawrence Governors and Premiers, it was decided that a smarter, more comprehensive approach was needed to monitor everything happening on the Great Lakes. Hence, Blue Accounting was born as a data collector that can be used to measure the effectiveness of efforts to protect the lakes and bolster the economy of the Great Lakes basin region.

“Literally hundreds of agencies and private organizations collect data and make investments in the Great Lakes every day on social, economic and ecological issues. But they were calling for a more comprehensive approach to rolling it out so decisionmakers could actually use the data to inform their decisions,” said Tawny Mata, an employee of the Michigan Nature Conservancy who serves as director of strategic engagement for Blue Accounting.

To highlight just how much information is potentially out there, just under the invasive species issue, more than $300 million has been invested in aquatic invasive species prevention and control since 2012 through the Great Lakes Restoration Initiative, and that’s in addition to what state, provincial and local governments are doing as well. In short, many efforts are underway, but which ones are working or giving the biggest bang for the buck?

“The first tenet will be that we will all be more efficient if we set our goals collaboratively across the basin, to identify and create common goals across the basin so that we’re all making those investments toward the same ends,” Mata said. “The second piece is to identify common metrics, so we all have same definition of success, to track and talk.”

And then there is the data itself, or as Mata said, “taking the morass of data and information that’s out there from state, federal and provincial governments, and private organizations and rolling it up to address those common goals and metrics.”

And, finally, the website blueaccounting.org will be the platform for delivering the relevant information that has been collected. That’s where you can learn more about this new initiative.