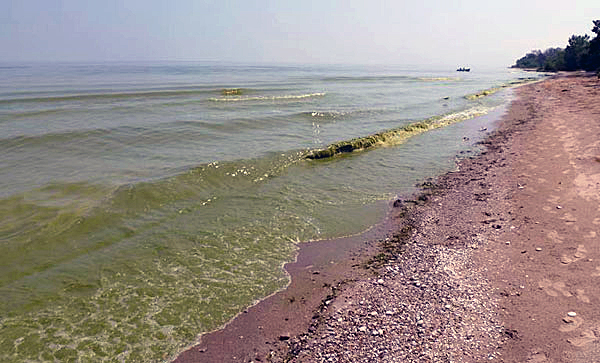 In a new report, the Health Professionals Advisory Board (HPAB) of the International Joint Commission (IJC) outlines several actions to augment and improve efforts to monitor and control human risks from exposure to cyanobacteria and its associated toxins, which are often present in harmful algal blooms in the Great Lakes during the warmer months.

Some of these blooms produce cyanotoxins that impact the liver, nervous system and skin in humans and animals. The incidence and type of cyanobacterial algal blooms are expanding throughout the Great Lakes as a result of increased nutrient pollution and climate change throughout the region. Recent testing suggests that cyanobacteria species common to the southern United States can now be found the Great Lakes basin.

The board identified several challenges to maintaining safe waters for recreation and for providing safe drinking water where cyanobacterial harmful algal blooms exist. A standard method to test for multiple bacteria and toxins is not yet available, and considerable gaps in knowledge exist about optimal water treatment strategies for the multiple strains of cyanobacteria and their toxins found throughout the Great Lakes.

The report, Human Health Effects of Cyanobacterial Toxins in the Great Lakes Region: A Science and Monitoring Assessment, is available at ijc.org.