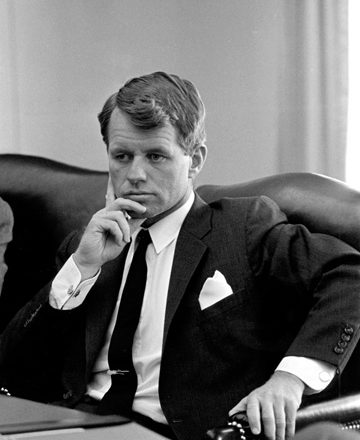 “Bobby is dead. Long live Bobby.” will be performed Aug. 18 & 19 at 7 pm at the Inside/Out performance space at Margaret Lockwood Gallery in Sturgeon Bay.

The puppet play “Bobby is dead. Long live Bobby.” is an imagining of what Robert F. Kennedy might have to say today to those who would listen. Despised and adored during his political lifetime, Bobby might have been president had he not been murdered in June of 1968. He spoke about and, at times, embodied the divisions of his times which in many ways mirror the divisions of today.

Compiled and written by Allin Walker, the puppet play features Chris Weidenbacher as the voice of Bobby, with puppeteering by Kate Utzinger. Laurel Brooks is directing the play that also includes Carol Olson, Margaret Lockwood, David Utzinger and Walker.

Discussion time and refreshments will follow for those who wish to stay. The Inside/Out Performance Center is located at the lower rear level of Margaret Lockwood Gallery, 7 South 2nd Ave. at Michigan Street. The suggested admission is $20. Seating is very limited so general admission reservations are strongly recommended by calling Allin at 493.2912.