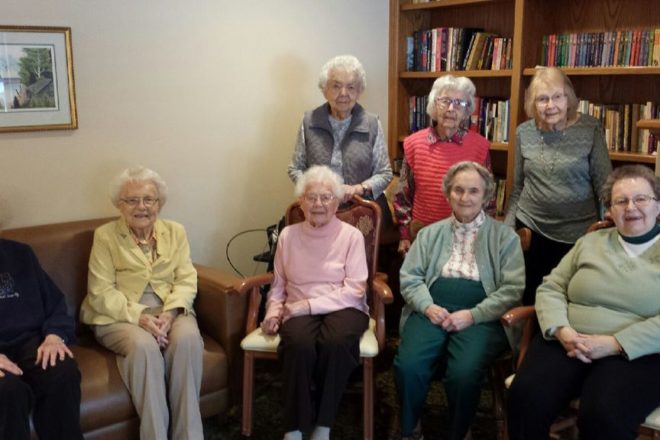 The members of the Pine Crest Book Club. Submitted.

The book club began when a Pine Crest resident asked Jan Campbell, chair of the Friends of the Door County Libraries’ Walking Books program, whether someone would be available to lead an on-site book group. Dorothy Wickman thought it would be a worthwhile endeavor, and eight years later, she still believes that to be true.

Pine Crest Book Club members discuss books in all genres, as well as Door County Reads selections. They have kept the group vibrant for eight years because they appreciate the chance to participate in discussions filled with learning, laughter and sharing their experiences and personal history.