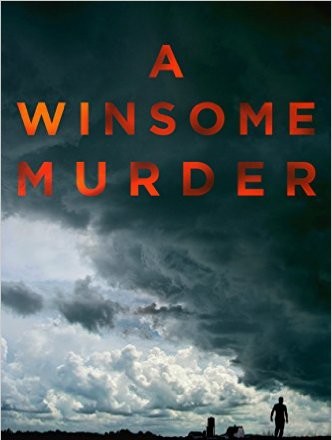 As a literature teacher I used to tell my students that Shakespeare’s comedies were distinguished from his tragedies, in that at the resolution of a comedy everyone who was single got married; at the conclusion of a tragedy, the body count mounted.

In James DeVita’s murder mystery A Winsome Murder, deaths are of course mandatory. Because the author is a company member who has portrayed over the years Iago, Richard III, Macbeth, Romeo, Benedick, Richard II and Hamlet at the American Players Theatre in Spring Green, as well as performing the one man show In Acting Shakespeare, readers should not be shocked at the rising number of murders as the short novel progresses.

Nor should mystery fans be surprised that the gritty Chicago detective happens to be a voracious reader with a penchant for Shakespeare’s plays. In fact, James Mangan’s familiarity with the bard’s scripts evokes bits of dialogue from his subconscious, providing him with ambiguous clues as he works toward solving a crime.

Incidentally, to prove that the author has done his homework, the book includes an appendix in which each quotation is documented.

But the novel is far more than an academic exercise (even if published by the University of Wisconsin Press). The well-written story is an engaging page-turner that follows the progress of a charismatic protagonist.

The story is enjoyable too because of its Midwestern setting, alternating between Chicago and the fictional Wisconsin small town Winsome Bay, located “west of the Wisconsin River, just below Friendship.” The elements of rural village life are authentic, both the idyllic surface and the less than winsome underbelly.

DeVita understands the underpinnings of a well-crafted mystery; the detective who tends to be isolated from society, distracting red herrings, and an intricate web that brings seeming unrelated characters, like pieces of a jigsaw puzzle, into an eventually completed solution. The horrific murders of young women suggest a serial killer but at the same time seem unconnected, as does the collateral death of a man, but the ratiocination of our crime solver at last brings them all into place.

Detective Mangan, with his ability both to quote Shakespeare and to pound the living crap out of an antagonist, appeals to the fantasies of literate readers who would enjoy nothing more than punching a bad guy in the nose, but ultimately allow standard legal procedures to prevail.

While the writer is graphic in his depiction of violence, usually the reader experiences the mayhem after it has been committed when the victim is discovered. But the carnage is not gratuitous: DeVita brings social commentary, particularly regarding homophobia and sexual trafficking, into his storyline.

Those who enjoy this novel will be pleased to learn that DeVita, in addition to pursuing his acting career, has written plays and other fiction as well.