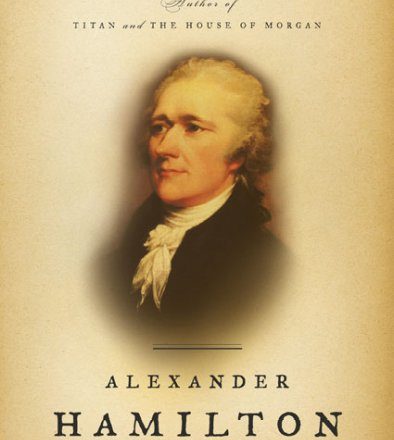 When the musical Hamilton opens in Chicago on Sept. 27, Midwestern audiences will be able to experience one of the most unlikely projects in the history of musical theater.

The guiding genius of this project is Lin-Manuel Miranda, an actor, composer, writer, and hip-hop musician (an impressive, if unusual list of accomplishments). Miranda also has an interest in American history. He got caught up in Ron Chernow’s biography (2004) of Alexander Hamilton, the treasury secretary of George Washington’s cabinet and co-author, with James Madison, of The Federalist Papers.

Oddly, Miranda became convinced that Hamilton, who lived a difficult and frenzied life, was the embodiment of hip-hop music. Then Miranda met Jeremy McCarter, who became his friend and colleague. McCarter believed that hip-hop music could revitalize the theater, and Miranda told McCarter about his interest in Hamilton. At first Miranda and McCarter planned to record an album that would be titled The Hamilton Mixtape, but the project eventually evolved into the full-scale stage musical of which Miranda himself became the composer, lyricist and star. (Miranda has recently retired from the role of Hamilton.)

Door County’s Northern Sky Theater has obtained a pair of tickets to the Chicago production of Hamilton and will raffle them off to a lucky winner. But most of us will be unable to see the Chicago production, unfortunately, because tickets are about as scarce as unicorn milk. But we can at least read the book that inspired the show. Chernow’s biography of Hamilton is a formidable work—731 pages of small print, followed by 85 pages of acknowledgements, a bibliography, notes, and an index.

Obviously, Chernow did not write this book with an eye to success on Broadway. His research took him to the West Indies, where Hamilton grew up, and to Scotland, the ancestral home of the Hamilton family. He also visited numerous libraries to study Hamilton manuscripts; at Yale University he even convinced an editor to scan a collection of Franklin’s unpublished papers in search of any reference to Hamilton.

Chernow’s book, titled simply Alexander Hamilton, is an extraordinary work, written in clear English according to the precepts of Strunk and White, rich in detail but without scholarly jargon or pretentious gobbledygook. The book tells a story about a man whose life was as unlikely as the musical that bears his name.

The illegitimate son of an eccentric Scottish nobleman and a minor heiress, young Hamilton lived on Nevis, a little speck of a Caribbean island that Chernow describes as “a tropical hellhole of dissipated whites and fractious slaves.” Nevis was a place where duels were common, both among the wealthy planters and the pirates who frequently came ashore to settle their differences. The slavery of the Caribbean was so brutal that it made the American plantations seem tame by comparison. Hamilton’s boyhood was a series of disasters: his father deserted the family, his mother died of a mysterious fever, his cousin and supposed protector committed suicide, and Hamilton was denied his small inheritance because of his illegitimacy. But in 1771 he began publishing poetry, and Chernow notes, “Once his verbal fountain began to flow, it became a geyser that never ceased.” Hamilton was finally rescued by a cousin, Ann Lytton Venton, who arranged for him to attend college in America.

When the American Revolution got underway, George Washington had a problem that is familiar to modern Americans: he became buried so deeply under piles of paperwork that he had little time for actual fighting. His solution was to hire Hamilton and take advantage of his unending geyser of words. The relationship between the two men was all but telepathic. “It was an inspired act of ventriloquism,” Chernow writes. “Washington gave a few general hints, and, presto, out popped Hamilton’s letter in record time.” But Hamilton was not one to be contented with a desk job. He wanted to win glory on the battlefield—and perhaps legendary status and a chance to rise above his illegitimate birth. Hamilton pestered Washington repeatedly until he was finally granted a command; he served valiantly and indeed he became a hero qualified to help draft and defend the Constitution.

A man who becomes as famous as Hamilton will encounter numerous opportunities to make a fool of himself. One of Hamilton’s worst mistakes was to enter into an obsessive affair with a woman who called herself “Maria Reynolds.” (Hamilton was a married man and a father of eight, but he was so fond of flirting that Martha Washington named her hyperactive tomcat “Hamilton.”) Maria presented herself as a damsel in distress, but she turned out to be a blackmailer, in league with the husband who served as her pimp.

Hamilton also possessed a violent temper. Usually he responded to insults with a flurry of pamphlets and newspaper essays, but he once became sufficiently enraged that he issued two challenges to duels on the same day; he even tried to arrange a duel with President John Adams, an act of staggering gall. Fortunately, none of these duels were fought, but no one should have been surprised when Hamilton met his death in a duel with Aaron Burr.

A reader who wants information about the Broadway show can consult Hamilton: The Revolution, a handsome but pricey book that contains the complete script of Hamilton, Miranda’s amusing notes, beautiful color photographs, and essays dealing with the performers and staff, including an essay about Chernow himself.

Chernow must have been surprised when Miranda asked him to join the staff as the historical consultant. “I want historians to take this seriously,” Miranda explained. Chernow’s presence is evident in the script: we see Hamilton demanding that Washington give him a command, Burr puzzling over Hamilton’s compulsive writing, the Founding Fathers bickering like schoolboys, Maria Reynolds seducing Hamilton, and Jefferson advising Madison and Burr, “As long as [Hamilton] can hold a pen, he’s a threat.”

Chernow believes that Hamilton has been denied his due credit as a founding father of the United States. It was Madison and Jefferson, after all, who dreamed of a happy land of small farmers, while Hamilton promoted the idea of a strong, united nation with banks, independent judges, a powerful executive branch, and a capable military. “Today we are indisputably the heirs to Hamilton’s America,” Chernow writes, “and to repudiate his legacy is, in many ways, to repudiate the modern world.”