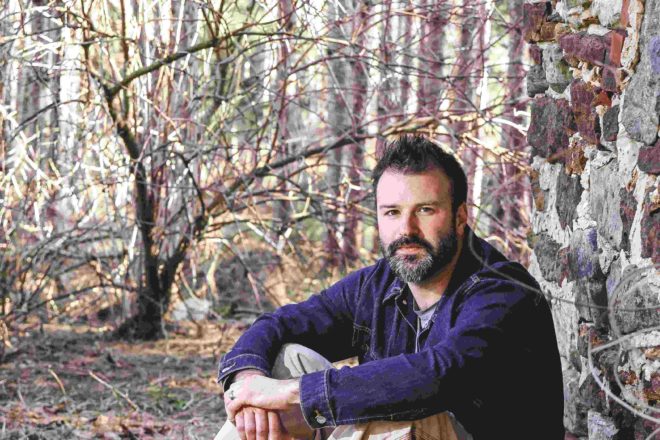 No convincing is needed. You don’t have to see any evidence or concrete items. Proof is unnecessary because you’re already sure of what you know. You’re a believer, and what’s in your head is in your heart, but, as in the new novel Little Faith by Nickolas Butler, is it based in reality?

In the twilight of his years, Lyle Hovde received a gift. It arrived in the form of an infant boy: a child who brought his mother home when he was born because she had nowhere else to go. The boy, Lyle’s grandson, Isaac, was five years old now – and the apple of Lyle’s eye, his buddy, his shadow, his pride.

Lyle and his wife, Peg, were wary, though, of overstepping their grandparental bounds. Their daughter, Shiloh, had been a challenging child and had left home as a teen to be with her birth mother. On and off, she returned to her parents’ house, and the last time, the time when she came with Isaac, she brought along her newfound religion.

Peg was okay with it, but Lyle scoffed. When he and Peg were young, they’d had a son who had died in infancy, and Lyle didn’t want to believe in a God who’d allow that to happen. Sure, he went to services at the church where he was baptized. One of his best friends was the pastor there, but Lyle had no interest in religion whatsoever.

But Lyle could sense that there were problems, starting with the heart-ripping day when Shiloh took Isaac from his grandparents’ home. She’d been convinced that the boy had special healing powers and that his “gift” would benefit mankind. He could heal friends and fellow churchgoers, the young and the old.

But could Isaac heal himself?

At its most basic level, Little Faith has a good premise that’s practically ripped from the headlines: it fictionally examines the issues of medical intervention versus divine healing, and it does that exceptionally well.

What mars this story, however, is that it seems so very, very slow and just about as predictable. Most of the characters come out of Casting 101, and their actions might remind you of a folksy old movie as Lyle wrestles with his faith and examines his losses with a regularity that ultimately feels like a one-note song. The beauty of author Nickolas Butler’s prose should help you overcome that; fortunately, the images his words evoke are stronger than the clichés he uses, both in plot and characterization.

In the end – a very weird end – this book is quite good but quite uneven. You might enjoy Little Faith a lot, but it could take some self-convincing.

Terri Schlichenmeyer has been reading since she was three years old and never goes anywhere without a book. She lives on a hill in Wisconsin with two dogs and 15,000 books.