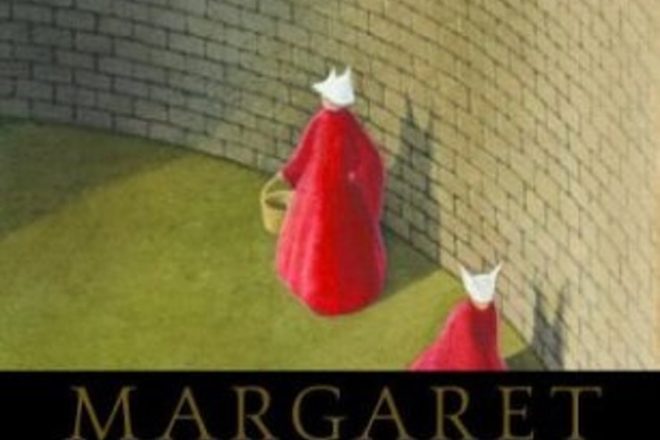 The word “dystopia” – meaning a negative utopia – is a relatively new but useful addition to the English language. A dystopia is typically a work of fiction set in the midst of a utopian project that has gone horribly wrong. One of the most enduring dystopian novels is George Orwell’s 1984 (published in 1949); a more recent example is Margaret Atwood’s highly successful novel The Handmaid’s Tale (1985), which is sometimes described as a feminist 1984. Neither book has ever gone out of print, but immediately after the election of Donald Trump, both novels suddenly began appearing on bestseller lists. The Handmaid’s Tale was also the basis for a television series that aired last year and received numerous awards. A second season is scheduled to begin on April 25. However, the Tale’s effects on present-day politics remain unclear.

Atwood’s book is set in the Republic of Gilead (formerly the United States, but because of ongoing wars, Gilead’s exact borders would be difficult to pin down). The premise of the Tale is that world’s Caucasian birth rate had been plummeting for years, partly because of extreme pollution; but other factors were at work, including an out-of-control sterility-causing virus that was originally created to poison the caviar used by the elite of Moscow. In order to save the Caucasian race, a reactionary religious movement overthrew the American government and formed the Republic of Gilead, a highly repressive society where the remaining fertile women were torn from their families and forced to become “handmaids” to elite males known as “Commanders.” A handmaid’s task is to produce a child for the Commander’s barren wife. In Gilead there are no sterile men, only barren women.

The narrator and protagonist of the novel is the handmaid Offred, who is allowed to leave her Commander’s house every morning to do the family’s shopping – but always in the company of a second handmaid, so the two can spy on each other. She must wear a voluminous red dress and a white headdress that covers almost her entire face, so she can neither see clearly nor be seen. After she returns home she sits alone in her room and thinks to herself. She is not allowed to read. Once a month she must participate in a joyless “Ceremony,” in which the Commander attempts to impregnate her while she lies between the outspread legs of his wife.

Through Offred’s thoughts and memories, a reader learns about the rise of Gilead, about Offred’s failed attempt to escape to Canada with her family, and about her “reeducation” at the Red Center by the sadistic Aunt Lydia and her colleagues. Few novelists could make such extensive use of flashbacks without either confusing or intimidating the reader, but Atwood is a highly skilled writer. The Handmaid’s Tale is an absorbing, compelling work, and after it was first published, it quickly became a fixture in classrooms and on reading lists.

However, the inevitable movie (1990) was a flop, both with the public and the critics. Indeed, The Handmaid’s Tale presents a serious problem for an adapter:  the difficulty of writing a screenplay about a woman sitting in a room thinking. So the scriptwriters allowed Offred to fall in love with the Commander’s chauffeur, to kill her Commander, and escape from Gilead. Such a scenario, however, is fatally at odds with Atwood’s vision. Offred is not a feminist heroine; she is an ordinary woman without ideological impulses. She wants nothing more than a family and a reasonably pleasant job. For that matter, The Handmaid’s Tale itself is no feminist manifesto. In Gilead the men’s lives are little better than the women’s. Offred’s powerful Commander turns out to be a pathetic figure with no hope of friendship or love, but – near the end – with considerable fear for his life.

The Handmaid’s Tale ends oddly in the year 2195, when a group of scholars gathers to hear a lecture by a Professor Pieixoto titled “Problems of Authentication in Reference to The Handmaid’s Tale.” (1984 has a somewhat similar ending.) It appears Offred’s musings were actually tape recordings that had been found buried in a footlocker. To judge from the names of some of the attendees, the Caucasian race has at last become extinct and the Native Americans have regained their land. The lecture ties up a few loose ends of the novel, but the professor reminds his audience that the past will always be murky, even to the greatest historians:  “We may call Eurydice forth from the world of the dead, but we cannot make her answer; and when we turn to look at her we glimpse her only for a moment, before she slips from our grasp and flees.” True enough, but sometimes the present seems more bewildering than the past.