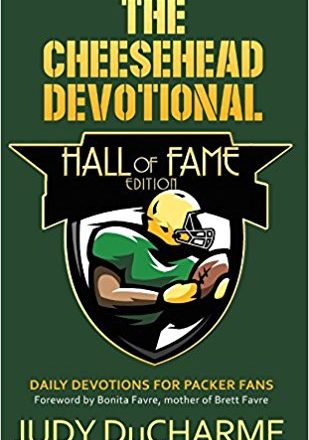 The Cheesehead Devotional, Hall of Fame Edition by Judy DuCharme was recently released by SonRise Devotionals, a division of Lighthouse Publishing of the Carolinas. This is her second Cheesehead Devotional. The Kickoff Edition has been out five years and is still a strong seller. The current book focuses on the Green Bay Packer Hall of Famers. DuCharme walks down the road of adventure, honor and faith with stalwart Packers whose names fill our football history. Each story will challenge and encourage you to strive for greatness and glory in a life of excellence.