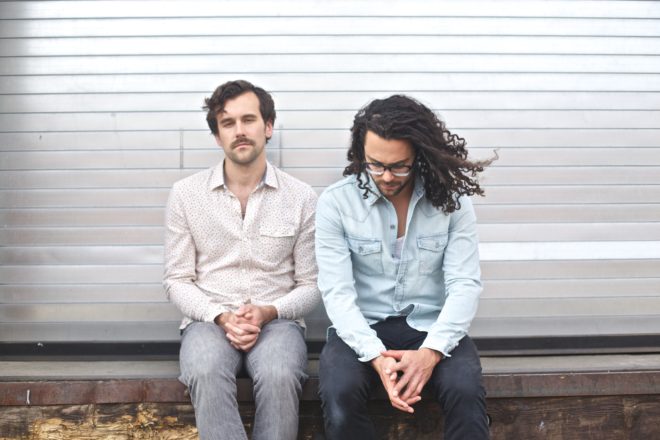 For Boston progressive indie-folk duo Tall Heights, the process of capturing the human condition through poignant lyrics and lush instrumentals is a lot like planting a garden.

“One of us will generate the seed of the idea and the other will put it in the ground and give it water and sunlight, and then we’ll see what grows.”

It may sound simplistic but that patient attitude and a drive to push boundaries have become the signature elements of the partnership between guitarist Tim Harrington and cellist Paul Wright, who formed Tall Heights on the streets of Boston in 2010.

With just three things – a guitar, cello and their voices – the two set forth on a musical path that has resulted in two EPs (2011’s Rafters and the 2015 Holding On, Holding Out) and their debut album, Man of Stone (2013).

Their forthcoming album, Neptune (out Aug. 19), is the band’s first in two years and represents an evolution in sound and style inspired by the duo’s shared goal of pushing musical boundaries and an increasing fluidity in their songwriting styles.

“We don’t shy away from workshopping things and we don’t get too precious about whose idea is whose,” Harrington said. “Instead, we ruthlessly roll up our sleeves and cut away the fat from an idea without worrying too much about people getting their feelings hurt. We understand that everybody has the ability to make something better and if we ignore voices that could potentially improve what we do, then we are being foolish.”

Their crisp, pure vocal harmonies remain the pillar of Tall Heights’ progressive indie-folk sound but longtime fans of the band will also be introduced to a sound thickened with electric guitar, bass, synthesizers and percussion. Harrington credits this change from their early simplistic setup, which allowed them to consider vocal tone and the interaction of voices, along with a commitment to be “always pushing forward without resisting change.”

“We granted ourselves permission to try to make every moment intentional and meaningful as we recorded and performed,” Harrington said. “As we were doing that, what needed to happen was a story that wrote itself. We were leading with the music and with the songwriting rather than beating our heads against the wall, taking guesses as to what would work. Instead we just let the song inform us as to what it might need next. Regarding the other instruments, we were able to perform a lot of them but we also surrounded ourselves with some really talented musicians. Our current touring drummer, his name is Paul Dumas … was an important collaborator on some of the rhythmic percussion perspective and then also we had two great producers. Ethan West and Oliver Hill. They were talented and had great vision and they were able to take our moments of unspecified inspiration and give it a sound, find the right instrument that we can’t think of at that moment. They really killed it. The whole thing was very collaborative and natural.” 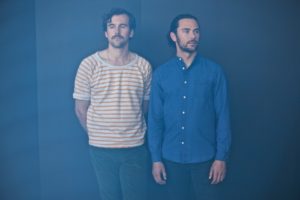 The result is a collection of songs that run the gamut in theme and feel, from “some pretty dark territories, mood wise … [to] more uptempo, happy-go-lucky numbers,” united by a drive to share a “well-captured moment of humanity.”

And while Harrington holds firm to his and Wright’s belief that the musical journey is important, so is their destination: to create records that are meaningful and lasting.

Tall Heights will perform at 7pm on Sunday, July 24 at the Peg Egan Performing Arts Center on Church Street in Egg Harbor. The concert is free and open to the public. In case of rain, the concert will be held at the Calvary Methodist Church, 4650 Country Road E in Egg Harbor. For more information, call 920.493.5979.