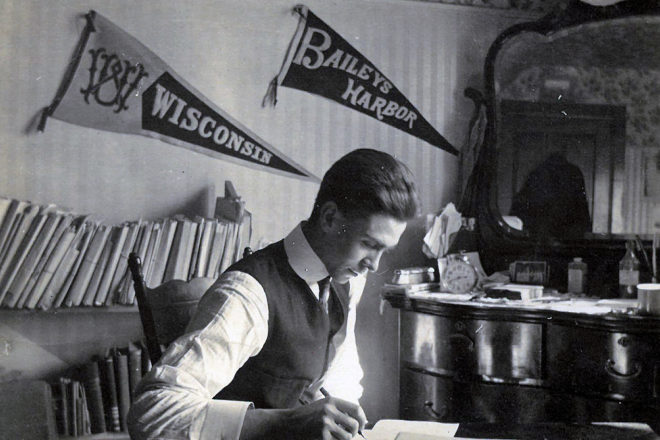 The four Brann brothers – Andrew, John, August and Will – arrived in Baileys Harbor one by one between 1872 and 1880. They left Jakobstad, Finland, because of a famine so catastrophic that people resorted to making bread with lichen scraped from trees.

As Leann Despotes, a great-granddaughter of Jacob Brann, told the family’s story at a recent meeting of the Baileys Harbor Historical Society, it also became the history of the village in which they played a major role.

There’s no clue why Andrew, 21, a seaman who had sailed around the world at least once, decided to settle in Baileys Harbor – perhaps because the geography and climate reminded him of Jakobstad. After his three brothers arrived, they brought their parents, Jacob and Maria, to join them. A sister, Hannah, and her husband, Alfred Olander, a boat builder and fisherman, immigrated in 1884, along with another sister, Maria, who married Henry Starr. 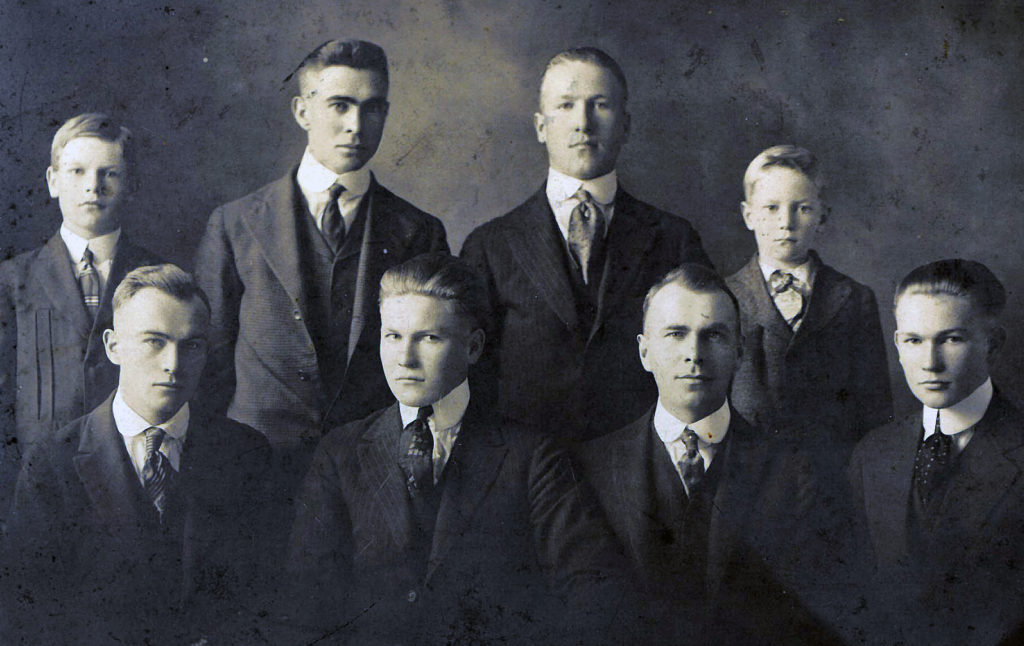 The four brothers and their father began life in Baileys Harbor as farmers, but in 1891, they built a furniture/general store on the site of the Cornerstone, advertising that undertaking was a specialty. John Brann was the first proprietor, but August and Will soon took it over, and it became known as the Brann Bros. store, providing almost everything Baileys Harbor pioneers needed.

In 1901, a new store was built across the street on the location that would later become Nelson’s Shopping Center. Old ledgers show many patrons traded cords of wood and farm products to pay for store goods.

The Branns also had a small fleet of schooners, including the Nancy Bell, operating from the 1,100-foot Brann Pier next to the store. John Brann, an experienced seaman, captained the Nancy Bell for six years until December 1901, when the ship ran into a blizzard on its way to Chicago. After struggling for two-and-a-half days with Capt. Brann at his post, all but encased in ice, the crew was able to drop anchor east of Gary, Indiana. By this time, folks back home in Baileys Harbor assumed that the ship and all hands were lost. One of the crew later said that it seemed they had pumped all of Lake Michigan through the ship before they finally landed. All was destroyed in the storm, and Will Brann sold the Nancy Bell for $600, at a significant loss.

On Christmas night, 1885, John married Ellen Short at Andrew’s house. Guests reported they were royally entertained, with dancing past midnight, and John commented that he “only got married once in a while.” Twelve years later, John, probably inspired by a brother-in-law’s reports from the Klondike Gold Rush, spent seven months looking for gold in Alaska, but thought better of it and returned home to open the Klondike Saloon.

In 1889, the town was tragically hit by a diphtheria epidemic – 33 cases, resulting in the deaths of 13 children. Thirteen of the cases were members of the Brann family and seven of their children died. It’s likely their grandparents, Jacob and Anna, and their uncles, August and Will, who owned the store where “undertaking was a specialty,” prepared all the victims for burial. Because funerals weren’t permitted during the epidemic, all businesses were closed when a public memorial/funeral was held for the children the following May. 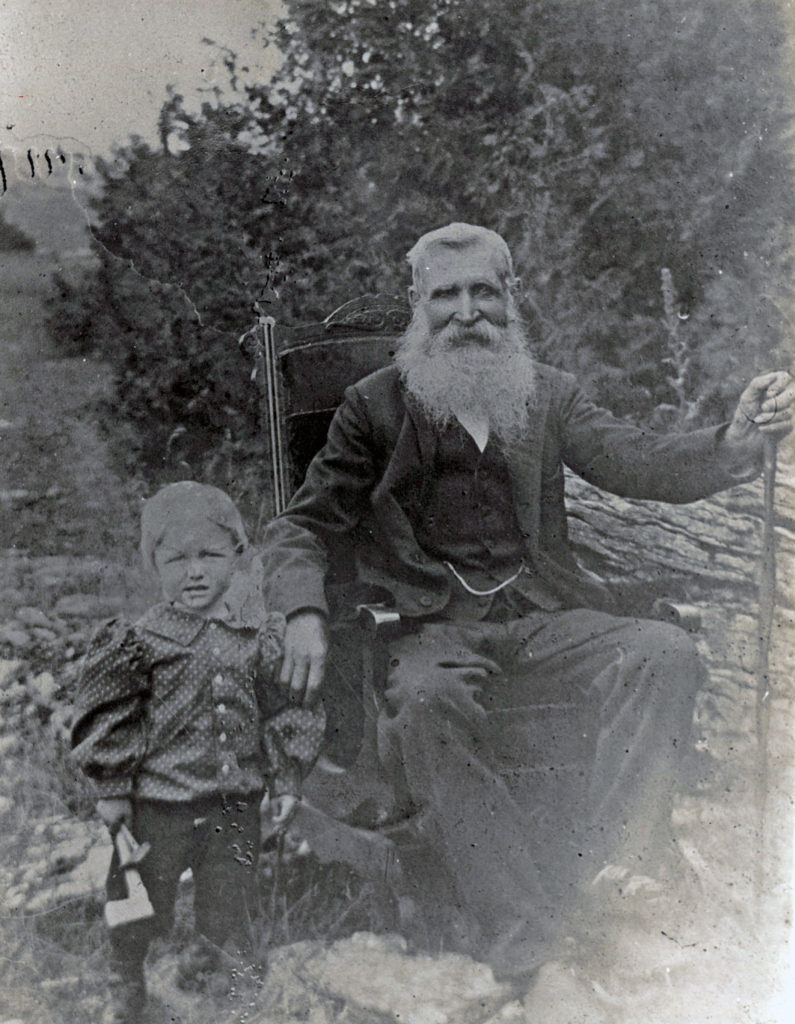 Andrew Brann farmed for years, but in 1891 went into the hardware business on Highway 57, where Chives Restaurant is today. He continued for more than 35 years. His wife, Louise, was active in Immanuel Lutheran Church and, together with August’s wife, was a founding member of the Ladies’ Improvement Club that still exists as the Baileys Harbor Women’s Club.

In the 1890s, during the final illness of Anna Brann, the family matriarch, Lena Olson, a teenager from Ellison Bay, was hired to help in the home. When Anna died in 1894, Lena was left to care for the bachelor brothers, August and Will, and their father, Jacob. A year later, Lena, 18, and August, 34, were married. They and their six children shared living quarters above the original store with Will and Jacob.

In 1915, August and Will helped found the Door County Telephone Company, and the first switchboard was installed in their new home at 8104 Highway 57. Until 1959, it provided a sometime-answering service for residents, a fire alarm system and even a way to find people who weren’t answering their phones.

For decades, the Brann boys played baseball for Baileys Harbor on Brann Field, just south of the present Cornerstone, and August and Lena’s youngest son, Gordon, known as Buster, is still remembered as one of the best players in the history of the Door County League.

On May 3, 1928, the Brann Bros. Store was destroyed by fire, at an estimated loss of $10,000. It was believed to have started from spontaneous combustion of scout tents soaked in waterproofing that were stored on the second floor. The Sturgeon Bay Fire Department arrived too late to extinguish the fire, after having spent most of the day at a $50,000 fire in Valmy. 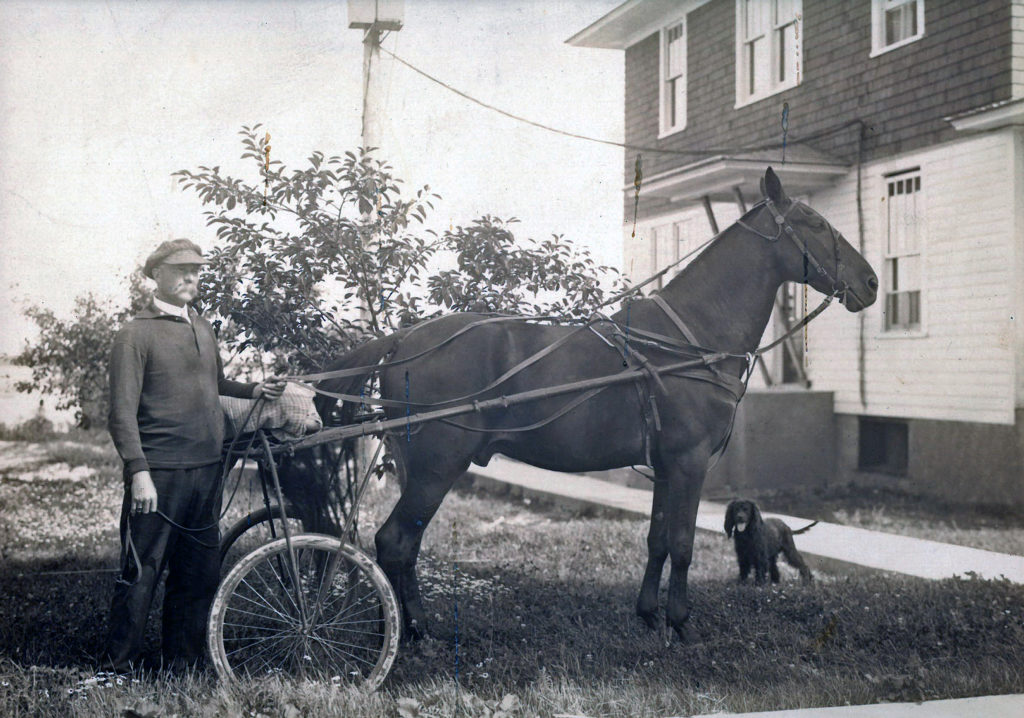 Will, the youngest Brann brother, never married, but was reported to have been the beau of Emma Toft’s sister, Mary, in 1898. He owned and showed racehorses that often pulled the hearse for the undertaking side of the family business. One of the horses got spooked on the way to Grover Williams’ funeral, and August often joked that Grover had probably never had such an exciting ride.  Will died suddenly during the Spanish Influenza epidemic in 1919, following the creation of a deathbed will, formalizing his partnership with August. His sister, Maria Brann Starr, had died of the flu earlier that year.

In closing, Despotes said, “The Branns were close-knit, supporting each other personally and in business. They were ambitious, yet honest businessmen, creative, brave and adventurous. They valued education, sending many of their children to college, and they encouraged the entrepreneurs in the family who chose not to go. They encountered disastrous, sometimes tragic setbacks, but gathered themselves and continued to move forward.”