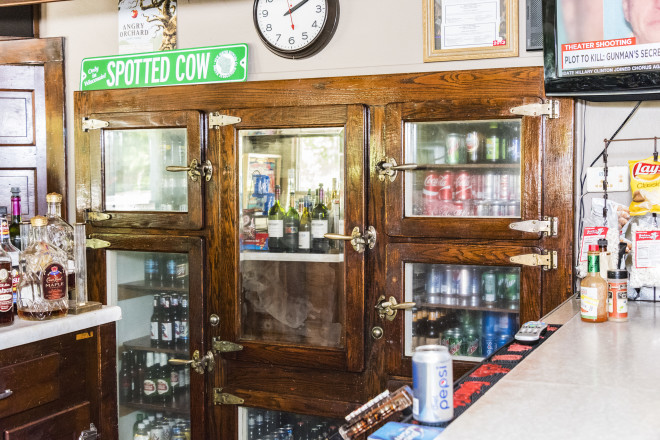 The old wooden coolers at Birmingham’s. Photo by Len Villano.

This is the third in our How A Tavern Makes A Town series.

In the early 20th century, at the peak of Door County’s limestone production, there was only one place to stop between Sturgeon Bay and one of the area’s biggest employers, the Leathem & Smith Quarry. Birmingham’s General Store and bar across the street served the commuters on their way to and from their hard days in the stone yard.

“There was no road north of the quarry, that was the end of it at that point,” said Brad Birmingham. He is now the owner of Birmingham’s as it passed down from his grandfather over nearly a century. 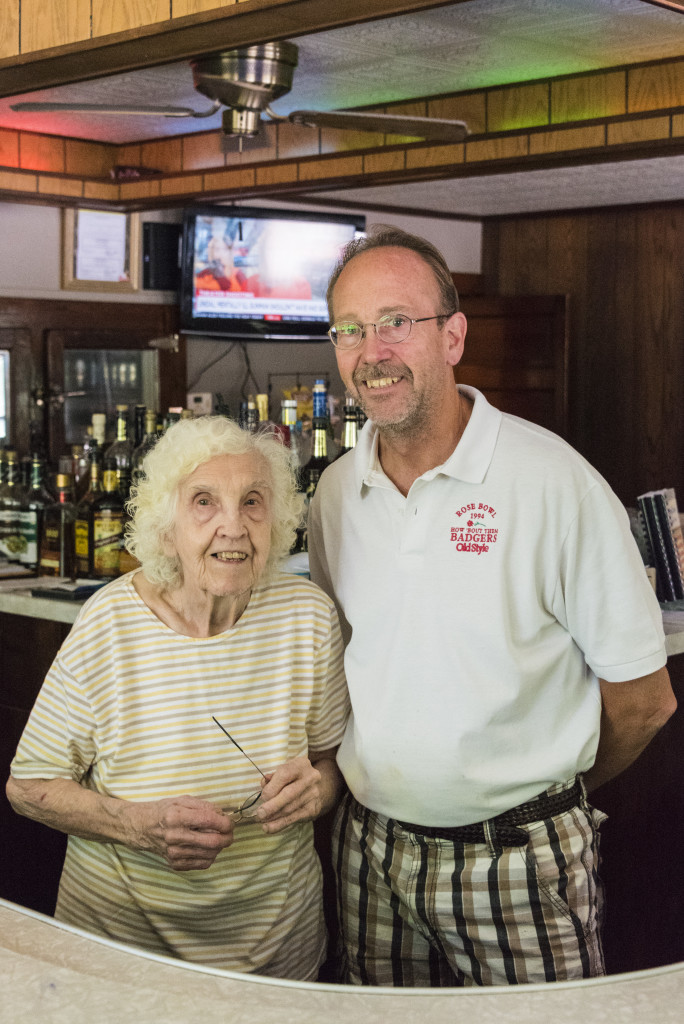 Brad Birmingham (right) now owns the bar started by his grandfather. His mother, Marian, still helps with the bar. Photo by Len Villano.

This oasis began as just a general store in 1927, offering basic groceries for the men heading home from work to Sturgeon Bay. But at the start of the first World War, production at the quarries exploded to keep up with the shipbuilding demands of the war effort.

After Prohibition, Herman Geitner responded by opening a bar across the street from the general store. The bar succeeded with the improving stone shipment economy.

“The boats coming to load the stone up to go to various ports with their products, they would also get supplies here. It was a very valuable tool at that time,” Birmingham said.

Even after the World War I, quarries owned by Leathem D. Smith were some of the largest in the Great Lakes. But with its success tied to the production at the quarry, Birmingham’s fell equally hard during the Great Depression. The Birminghams made up for their losses by selling ice cut from the bay to be used in coolers for locals and tourists.

When the U.S. Navy and Maritime Commission contracted Smith’s quarries for building vessels during World War II, the economic life returned to the quarry and to Birmingham’s.

The quarry closed at the end of World War II, but Birmingham’s had already been established as a place for Sturgeon Bay locals to meet. 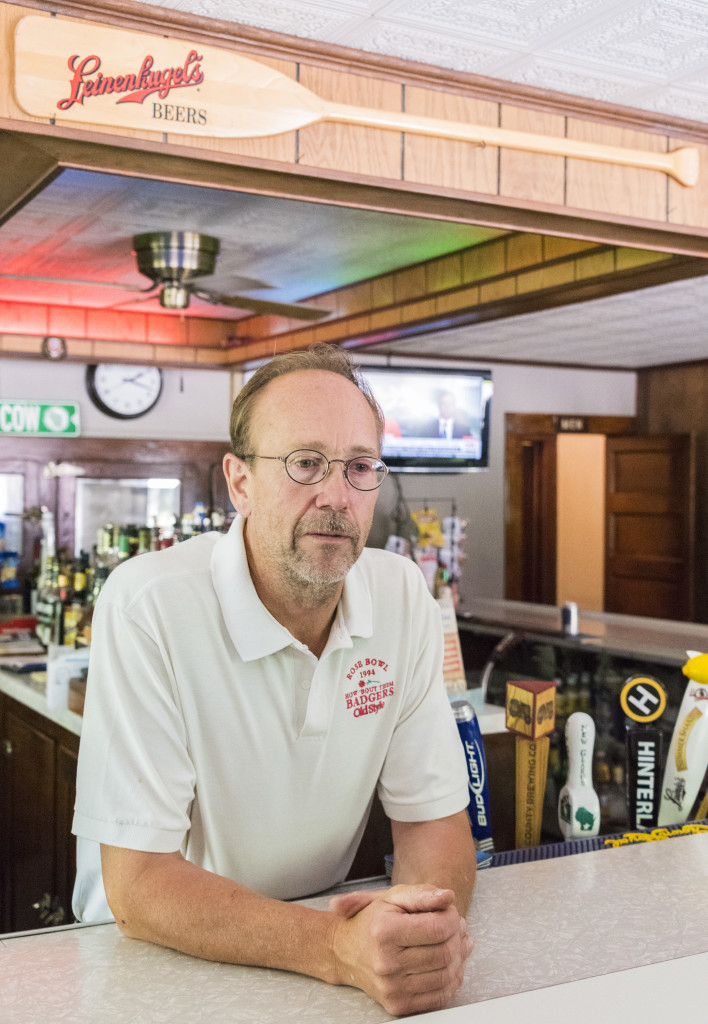 Seats at the bar are tough to come by on Friday nights, when locals swarm this institution outside Sturgeon Bay for its famous fish fry.

“Back in the old days it was the social hub of families getting together and celebrating and having kids because there weren’t all these places,” Birmingham said. “Back then, everyone got together and drank and met all your friends and socialized. It’s all commercialized now, it has all gone into tourism and things like that. We’re still kind of the local cornerstone for the area for our neighbors. We’re pretty well entrenched in the area.”

Brad’s mother, Marian (June) Birmingham, is part of the Geitner family, whose history is tied with Mr. G’s Supper Club, the Nightingale and the Hitching Post, among other county bars.

“The Geitner family has been in the bar business for quite some years,” Birmingham said. His mother shows no signs of stopping when, at 92-years-old, she is still back behind the grill cooking at Birmingham’s every Monday.

Their breadth and longevity in the business leaves the family well versed in how a bar graduates to become the chosen locale in a community.

He points his hand to the left where three older men had convened at the bar. They had all arrived separately and, although they were surprised to see each other, they also expected nothing less. Brad reaches into the wooden cooler and pulls out another bottle of Miller Lite as the men sit on another Monday and talk about anything.