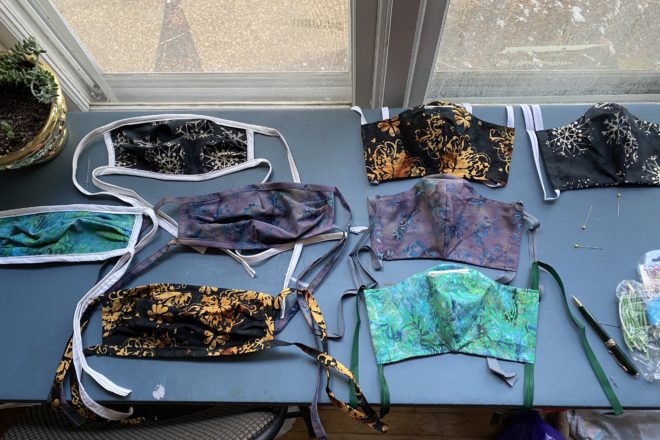 At Friday’s Door County Board of Supervisors meeting, the board members voted by consensus not to pursue a countywide masking ordinance.

That question has been rumbling through conversations among observers and supervisors during the days since. When County Board Chair Dave Lienau asked the supervisors for a show of hands to gauge the consensus of the board, Lienau – who pushed for a masking ordinance – announced that the consensus was against pursuing an ordinance, but he did not say how the vote broke down.

That didn’t sit well with many observers. The masking issue has generated more correspondence than most supervisors have ever received. Lienau said he received hundreds of emails and phone calls. Dan Austad, who has served on the board for 37 years, said that during most months, he might get a call or two regarding county business. He said he heard from more than 50 constituents last week. With such a hot-button issue, many of those constituents want to know which way their representative leans.

Lienau said after the meeting that he had counted nine members against drafting a masking order to consider, and seven members for it. I took a tally of supervisors using screenshots of the meeting and phone calls to any supervisor whose vote I couldn’t confirm with a screenshot. That tally came out dead even at eight votes each.

County board meetings have been held using a combination of in-person, phone-in and videoconferencing interactions since the COVID-19 pandemic limited in-person gatherings. Tallying the in-person vote, taken by a show of hands, is done by viewing screens of three different rooms plus screens of several board members who were conferenced in from home.

However, the tally did not include Supervisor Alexis Heim Peter, who was dialed in to the meeting by phone and thus could not vote by show of hands. Heim Peter said later that she is in favor of a masking ordinance.  The tally also didn’t include two members – Laura Vlies Wotacek and Ken Fisher – who left the special meeting to attend to previously scheduled commitments. It also didn’t include Bob Bultman, who had stepped out of the room to use the restroom.

Dan Austad and Dale Vogel did not vote either way. Each said they were surprised a vote was called and said they did not have enough information to vote.

What does all of that mean? Well, we might not know the actual vote.

All of this came after County Administrator Ken Pabich started the meeting by saying that no vote would be taken.

“This is an educational meeting,” Pabich said. “The purpose is to learn about these options.”

To pass an ordinance, the board would first have to publish the prospective ordinance for public review.

“At the beginning of the meeting, they said we were not going to make a decision – it was just going to be for discussion purposes,” Fisher said. “Yet they took a vote. I was surprised they took the vote.”

So was Bultman, who returned from the restroom wondering what he had missed.

“I certainly didn’t intend to avoid a vote,” he said.

It might all be a moot point. After the vote, Door County Corporate Counsel Grant Thomas said he would look into language for an ordinance in case the board changed its mind. And after such a messy vote, it wouldn’t be a surprise to see the issue come back before the board during the weeks ahead – maybe this time with a roll call.