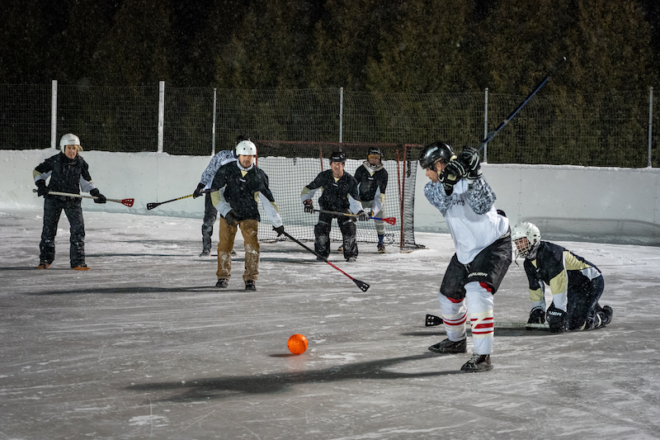 Door County Brewing Co. delivered one of the most stunning results in the storied, 25-year history of the Northern Door Broomball League on Jan. 12, topping perennial title contender Johnson’s Park 2-1.

The victory didn’t come easy. Defender Bibs Maloney was sent to the medical tent with a pulled hamstring in the opening minutes and did not return. That left no substitutes for Paula Anschutz, who somehow scrapped through the rest of the game. (Allegations of an illegal half-time fish fry infusion remain unproven.)

After two weeks, Door County Brewing Co. finds itself in unfamiliar territory: tied with Alexander’s atop the league standings.