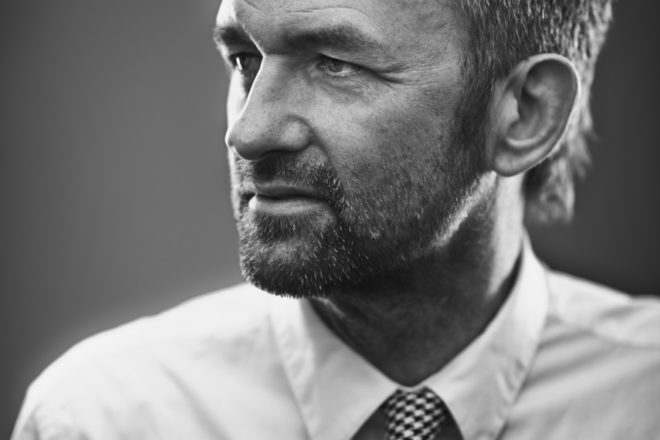 Vander Ark is the lead singer and principal songwriter for the multi-platinum-selling band The Verve Pipe. He’s written a string of hit singles, including the #1 song “The Freshmen.”

In 2009, Vander Ark abandoned his “angst-ridden” lyrics and penned 10 children’s songs for The Verve Pipe’s kindie rock CD, A Family Album. The collection garnered rave reviews and headlining spots on the stages of Austin City Limits and Lollapalooza. The follow-up CD, Are We There Yet?, was released in 2013.

Vander Ark is also an actor who has appeared in the Warner Brothers’ picture Rock Star (starring Mark Wahlberg and Jennifer Aniston). He wrote the single for the movie, a ballad called “Colorful,” which Wahlberg personally championed for the project.

Vander Ark has finished producing two recent rock albums for The Verve Pipe: Overboard (2014) and Parachute (2017). In addition, he has released a solo album with actor/songwriter Jeff Daniels. Currently, Vander Ark is touring the country with The Verve Pipe and speaking at corporate functions across the globe. For more information, visit brianvanderark.com.

Doors open at 7 pm; the show starts at 7:30 pm. Reservations are strongly recommended. Tickets are $20 and can be purchased at holidaymusicmotel.com/calendar-and-tickets or by calling 920.743.5571. Tambourine Lounge is located at 59 S Second Ave in Sturgeon Bay.