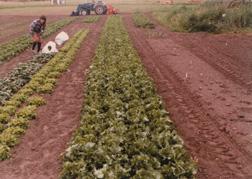 Those of a certain age and with a history on the peninsula might remember once viewing rows of vegetables and pulling over at the roadside stand to purchase them. Anyone who stops next door at Carpet One to shop for carpeting or ceramic tile may ask Jim Perry about those days.

The story begins with Perry’s experience at Bryant Business College in Providence, Rhode Island. He had initially planned a career as a certified public accountant, but influenced by the social unrest of the time, and becoming “more involved with the hippy movement, protesting against the war,” he changed his major to philosophy and psychology.

After his 1970 graduation, rather than entering the corporate world, he moved to Bucksport, Maine, and lived in a commune with a group of young people who supported themselves by tending a four-acre truck garden, Bright Eye Farm.

“Our biggest cash crop was blueberries,” he recalled, “the wild ones, more so, as we focused on organic and natural farming.”

During this time he became interested in meditation and moved to Milwaukee in 1972 to set up a center. He met a woman whom he married, was offered his first carpet installation job, and spent a month in India for a meditation experience. 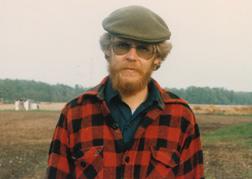 And he moved from Milwaukee to Mequon where he developed a one-acre truck farm that he also called Bright Eye Farm. His wife Maggie was from Wisconsin and knew Door County; subsequently they purchased 40 acres in Forestville in 1973, which they sold in 1977 and bought the land he now owns in Jacksonport.

Because he could not find work with one of the businesses that hired carpet installers, he began his own, working as a subcontractor with a friend from Milwaukee.

And in 1980, he reincarnated Bright Eye Farm at Jacksonport with the help of his wife’s friend Toni Christenson; both women worked with the Women’s Employment Project and Helpline

This was the first organic truck farm on the peninsula, and it found a ready market for produce. “The previous owner had raspberries,” Perry said, “and people were accustomed to coming there.”

But he continued to install carpeting on the side, often working as a sub-contractor for The Carpet Shop in Carlsville.

After the first season quarter-acre test plot garden, Perry borrowed money in 1981 to build a market at the farm, and in addition to his roadside business, delivered produce to grocery stores and restaurants.

“It turned out to be a big operation,” he recalled, as they tilled three acres, two and one-half planted all the time.

“That is when I learned to get up before dawn,” he added, “the best time to be out there, the wind still, you get connected [with nature].” 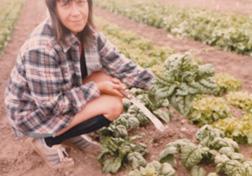 At its peak, the business had three or four employees and delivered 30 to 40 boxes of produce each week in a used milk delivery truck.

A woman in the area raised Arabian horses. Perry cleaned stalls for her in exchange for what became compost on his gardens. As many of the vegetables he grew were leaf plants, he primarily used foliar feeding, mixing his own potions that included natural fertilizers and rock powders.

In 1987 Perry and Christianson dissolved their partnership. When he became a father he realized “there was no way to farm and have a family.” While he had customers for produce (local businesses liked the freshness of Bright Eye produce, and older farmers “saw us as coming back to the past” and were encouraging) “there was no recognition for organic food, no certification,” and it was difficult to compete with traditional large-scale commercial enterprises.

Bright Eye Farm came to an end and was replaced by Carpet One, Perry’s shop that sells and installs flooring materials. However, while his business focus has changed, his attitude toward food has remained the same.

“There’s a lot more awareness of natural foods now,” he said, and so much organic produce grown locally in Door County; “it’s easy to eat organic. At first you had to grow it!”

Perry’s philosophy of food does not limit him to certified organic produce, but rather he is governed by the axioms know your farmer, buy local, and eat fresh. And while he no longer grows his own food, he might again someday. “When I have the time for it!” he laughed.

For more information about the history of organic gardening in Door County, or to order flooring materials, visit Jim Perry at Carpet One, 6124 Hwy 57, http://www.doorcountycarpetone.com, or call 920.823.2137.