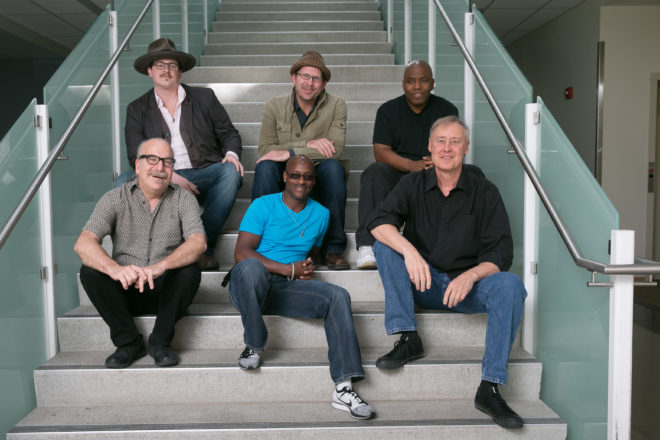 On July 24, 8 pm, iconoclastic rocker Bruce Hornsby and his band The Noisemakers will take the stage at Door Community Auditorium (DCA) in Fish Creek.

Hornsby’s work displays a creative individualism that’s been a constant in the artist’s two-and-a-half decade recording career. His commercial stock soared early on, when “The Way It Is”—the title track of his 1986 debut album—became one of the most popular songs on American radio.

Despite his early mainstream successes, Hornsby has pursued a personal, idiosyncratic musical path, focusing on projects that spark his creative interest, including collaborations with the Grateful Dead, Spike Lee, Ricky Skaggs, Don Henley and Bob Dylan.

Hornsby’s three Grammy wins typify the diversity of his career: Best New Artist (1986) as leader of Bruce Hornsby and the Range, Best Bluegrass Recording (1989) for a version of his old Range hit “The Valley Road” that appeared on the Nitty Gritty Dirt Band’s “Will The Circle Be Unbroken Volume Two,” and a shared award with Branford Marsalis in 1993 for Best Pop Instrumental for “Barcelona Mona,” a song written and performed for the 1992 Olympic Games.

Tickets range from $65 to $88. Advance reservations are recommended and can be made through the DCA box office, located at 3926 Highway 42 in Fish Creek. The box office is open 12-5 pm, Monday through Friday. Tickets can be purchased in person, by calling 920.868.2728, or visiting dcauditorium.org.