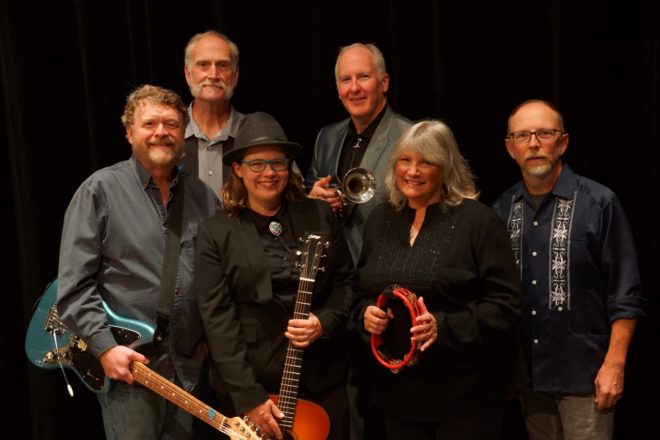 Since 2011, the Buckets band has played annual concerts, choosing classics and lesser-known songs from the deep well of Dylan’s work as one of America’s icons of songwriting.

“With only a couple exceptions, we’ve performed Buckets of Rain almost every year since 2011, when Bob Dylan was turning 70,” Dahl said. “This year he’s turning 81, and I think I speak for the whole band when I say we’re having more fun than ever playing his songs – finding new ones to love and loving the old ones even more. It’s a stunning group of folks to get to play with, and an amazing canon of work to draw on.”

Purchase tickets ($32) – and reserve a table in advance – for the concert at Woodwalk Gallery, 6746 Cty G in Egg Harbor, by calling 920.629.4877. Attendees may take a picnic dinner and buy adult beverages, but no carry-in alcohol is allowed.