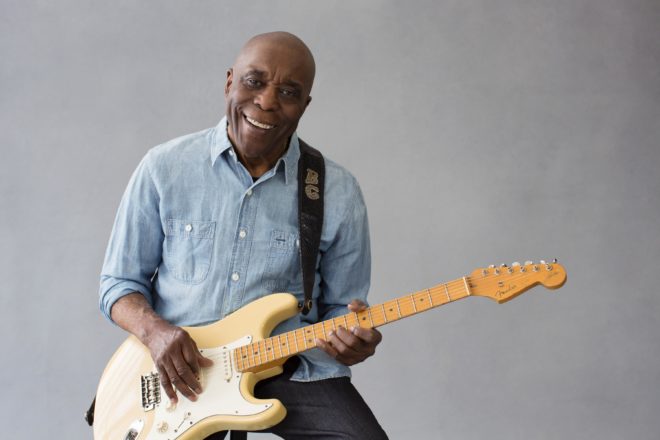 Eric Clapton once described Buddy Guy as the best guitar player alive. He has won seven Grammy Awards and toured worldwide. With his storied career and countless accolades, Buddy Guy has nothing left to prove, but he still plays like he does. His blistering, wizard-like guitar solos have defined Chicago blues for generations of listeners.

Born in Louisiana, Buddy Guy began playing guitar as a teenager and moved to Chicago in 1957 to test his chops in Chicago’s famed blues scene. He soon rose through the ranks to become one of the most respected guitarists of his generation. Guy is a Rock & Roll Hall of Fame inductee, an iconic force on guitar whose incandescent solos reveal the fiery, uninhibited soul of the blues.

Tickets for the concert range from $78 to $98. Advance reservations are recommended and can be made through the DCA box office, located at 3926 Hwy 42 in Fish Creek. The box office is open Monday through Friday, 12-5 pm. Tickets can be purchased in person, by calling 920.868.2728 or online at dcauditorium.org.