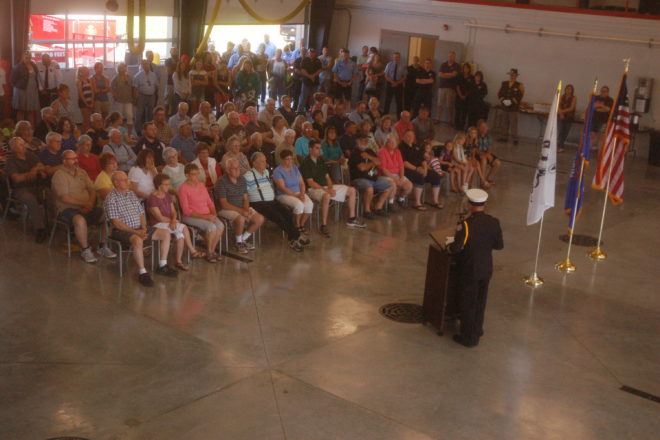 It seemed to those who didn’t know any better that BUG Fire Chief Curt Vandertie is an adept quick-change artist.

At the start of the dedication ceremony of the new BUG fire station on June 24, Vandertie was there one moment in his ceremonial dress uniform with white gloves, and then he was in his civvies, singing the National Anthem with three other guys. And then he returned in his uniform again without apparently having broken a sweat.

It wasn’t until Chief Vandertie thanked his twin brother Cory for singing the anthem – along with Lee, Luke and Jared Spude – that it all suddenly made sense. There are two of them!

Vandertie admitted to the more than 100 people who showed up for the ceremony that he was choked up by the great turnout from the community in support of “your community public safety building” – the new southern station of the Brussels-Union-Gardner Fire Department next to the Belgian Delight restaurant on County C. 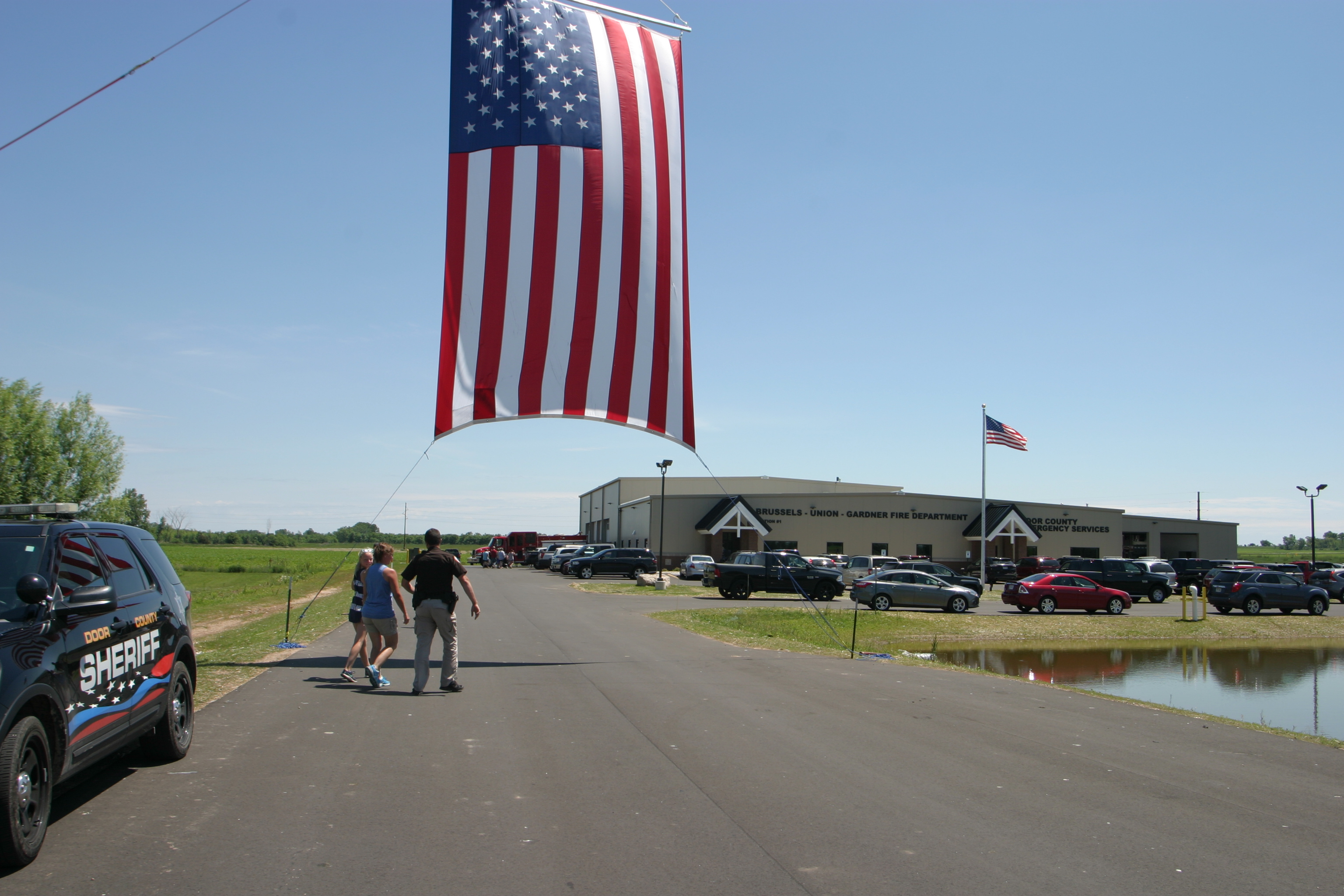 The 52-year-old volunteer fire department, started in 1967, has 50 volunteer firefighters that protect 92 square miles from two stations – the new south station in Brussels and a north station in Little Sturgeon. One of those members, Tom Rutz, has been with the department since 1968. After him, the longest-serving members are two who joined in 1984 – Capt. Mark DeKeyser and Assistant Fire Chief James Wautier.

“I always say BUG stands for the Best Under God firefighters. I truly mean that,” Vandertie said.

He said the vision for the new building began six years ago, and though it was a struggle to bring it to fruition through referendum in the three communities served, he praised the many elements of the community that came together to make it happen, from the county level to each individual community.

Originally, the department had proposed a nearly $5 million building that was eventually scaled back to a total of $2.8 million for the new south station and a small portion of that to be used for updates at the north station. Voters approved that in referendum in 2016.

“A lot of people worked very hard for this the last six years,” he said, and the result is the state-of-art facility, which also provides a home for county emergency medical responders.