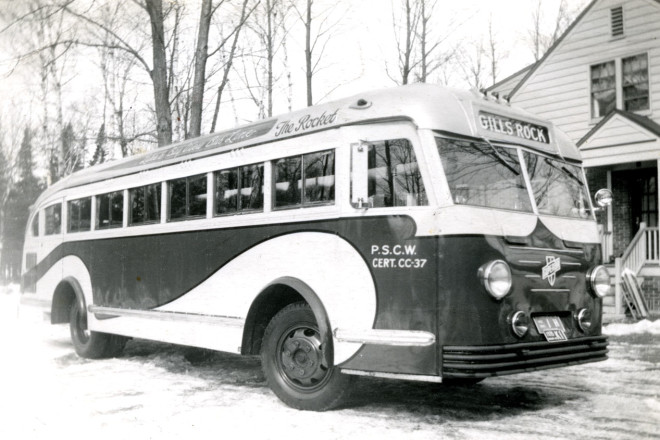 When the United States entered World War II in 1941, the war effort required sacrifice and contributions from every corner of the country, including a little bus depot in Sister Bay.

The shipyards of Sturgeon Bay were turning out new ships for the Navy every five days, requiring workers around the clock. But rationing had severely limited tire sales, meaning many workers couldn’t drive to the yards.

In response, Ernest Isaacson, owner of the Lake and Bay View Bus Line, offered a reduced-rate special bus to bring workers from Northern Door to the shipyards throughout the war years, a small contribution to the nation’s war mobilization.

It was only possible because Isaacson had been intrigued by Door County’s transportation dilemmas way back in 1920. Horse drawn covered sleighs served as winter transportation at the time when roads weren’t yet plowed. 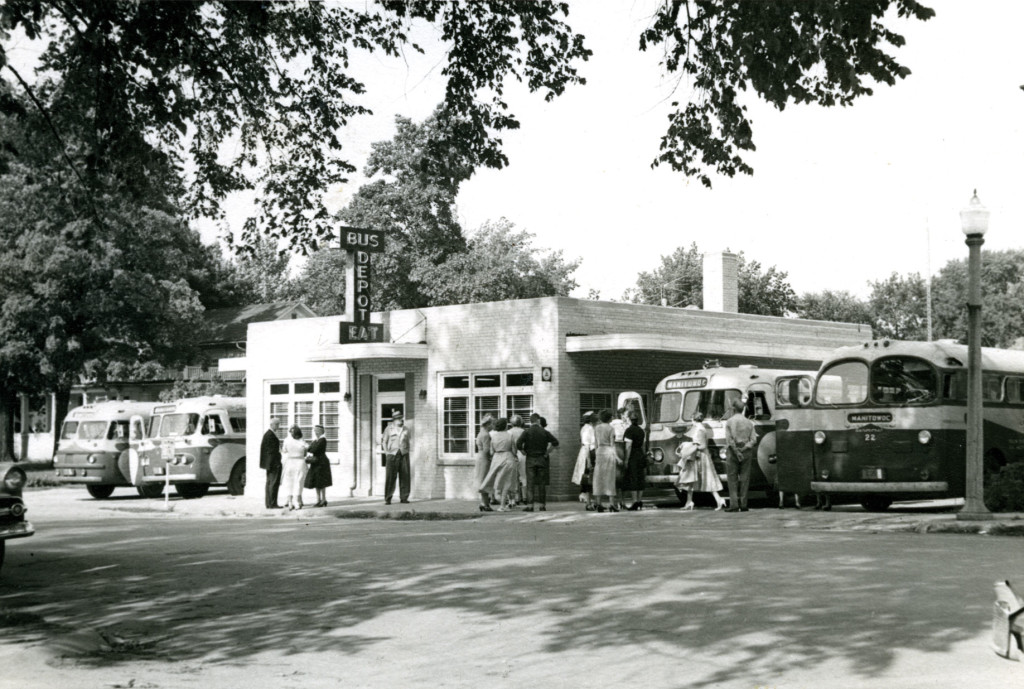 Bus depot for the Lake and Bay View Bus Line.

The young mechanic began tinkering in his garage (now Sister Bay Automotive) and by 1924 he had created a “winter car” by attaching skis to the front of a Model T Ford and a five-foot caterpillar tread to the rear. This early harbinger of the snowmobile could make the trek to Sturgeon Bay in two hours and became an important emergency vehicle and his inspiration for public transportation in Northern Door.

In 1927, he launched the Northern Bus Line, using a seven-passenger Hudson to transport riders from Sister Bay to Sturgeon Bay, his home serving as the Sister Bay bus depot. A year later he upgraded to a 12-passenger Menomonie bus and hired his first driver, Arnold Nelson. Isaacson renamed his service the Lake and Bay View Bus Line after he added a Sturgeon Bay-to-Manitowoc line.

“That was our big business,” recalled his daughter Evelyn Hulbert, who spent many years working as her father’s business manager. “There we met the Chicago/Northwestern train bringing people up from Milwaukee and Chicago.” 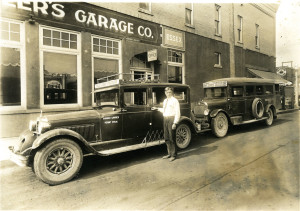 Earnest Isaacson was named Sister Bay’s Citizen of the Year in 1981.

On summer weekends Isaacson had as many as four busses running to Manitowoc per day, each carrying 40 to 45 passengers. One bus was usually reserved just for guests going to the Alpine Resort in Egg Harbor, hauling large trunks in preparation for stays of weeks and months in Door County.

Hulbert was tasked with coordinating all the schedules so that they would work with the train and the ferry, typing them all up on a manual typewriter. The state required records of how many miles every passenger traveled, a task that burned the numbers into Hulbert’s memory.

After the war a line was added from Kewaunee to Green Bay, and Isaacson opened a new bus station and restaurant on Third Avenue in Sturgeon Bay.

After Isaacson retired in 1960, his son Roger and son-in-law Paul Hulbert, Evelyn’s husband, took over, but the days of rail and bus travel to Door County were numbered. By the 1970s both were nearly gone.

“It was sad when it closed,” Hulbert said. “I had spent so much time riding the bus, driving busses, and working in the bus station all those years.”

Her father was an entrepreneur in the truest sense, founding a business where there previously was none, inventing a vehicle to serve a community need, and serving as his own mechanic to keep the bus line running for 33 years without an accident. The line had helped bring countless visitors to Door County and connected peninsula residents to jobs, services, and shopping trips far from the northern reaches of the county.